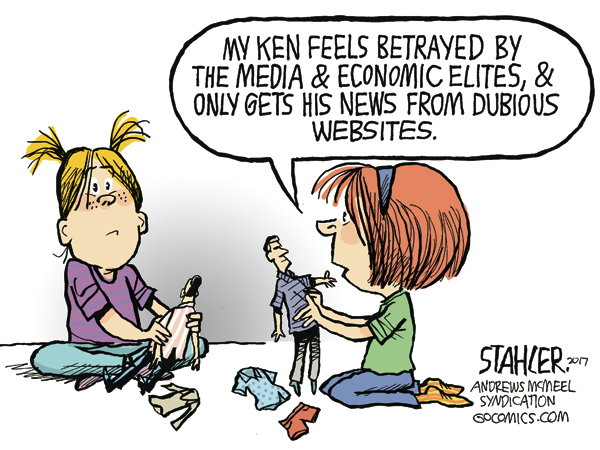 … The peacemaker: 50 years ago, a father faced his biggest test of all

Bless Mr. Tracey and his love for the Lord and others. Oh, that we all would live such lives.

Growing up in Salisbury as a teenager, I knew Winton and his father, Ed Tracey. It was a sad event, because the black community felt like there was no justice for Winton’s death. Winton was not a threat. His death did not go easy in the community.

Touching, sad story. I pray for a day when horrible things like this don’t happen. What an admirable man Mr. Tracey was. Thank you for the story.

What choice was there for Mr. Tracey to be anything other than a peacemaker? He would have been shot down, too, or lynched or dragged behind a truck. Those were the times. Now times are so much more subtle. We’ve learned how to keep the foot on their necks while saying, so sad, so wrong, let’s just pray for everyone to get along. Yessir. Let’s keep them praying. No need for any policy changes!

A touching and fitting tribute to the man Mr. Tracy was. The way he handled himself, his community and family in the wake of this horrible, senseless, violent act was amazing. So proud to have known him from my long friendship with his daughter, Johnnie.

… Letter: Never seen a mess like our country’s current state

It’s time to end the two-party system. We need a government of, for and by We The People. Big money and the religious right have no place in a fair government. That means your Mr. Trump is out.

Wow. Pike’s Peak, huh? Interesting. This country has been ruled by Republicans for the last six years and three horrible months. The Republican Party has spent the last 30 years convincing the middle and lower classes to vote against their better interests. There is no living wage. Gun violence rules our daily lives and kills our children and innocent people every day.

The greatest country is 37th in health care in the world. Our education system is irreparably broken due to greed and the so-called education lottery. Companies have moved out due to greed and the death of our unions and worker’s rights. Our water supply is being poisoned as a result of greed. Our country is now being “run” by the very definition of greed, including his entire greedy family.

I’m sorry, but being a patriot does not mean sitting by and accepting the way things are. We in Salisbury Indivisible are committed to handing down to our children a country that cares for its citizens. We are not convinced that this new president has anyone’s best interest at heart except his own, and will not stop resisting until someone who is fit for this office replaces him.

Le Donald has not quit being a businessman. He is making business deals right now through his family members. We need a statesman, someone who cares more about this country than he cares for himself. No, we will not accept his kind of government.

Wow, so I should just accept the edicts of King Trump and get down on the ground to kiss his feet?

Trump won because he successfully divided us and turned us against each other.

I’m not sure which Constitution Mr. Liles is speaking to, but the one I have in front of me says nothing about “accepting” life as it is, or rolling over dead, or mindlessly accepting his interpretation of the Constitution. And I really dislike people who speak as if anyone that disagrees with their special interpretation doesn’t love this country. Who gave you this special insight into the way things are? God? Divine guidance? Your superior intellect?

… I respect the office of the president, but Donald Trump is not, has never been and probably never will be fit to hold that office. And please, no more blaming the media, blaming Clinton or Obama or the Democratic Party. Or paid protesters, or any of those lame excuses. Trump’s problems are all self-imposed, driven by his ego, need for attention and an inability to keep his mouth shut.

The difference that this bill will make is people wouldn’t have to pay $90+ to sit through training for a piece of paper giving them permission for what is already a right. If I didn’t already have a permit, I could walk almost anywhere with my shirt over my hidden weapon instead of taking time to tuck clothing to make sure it’s fully exposed to the public. … This only applies to North Carolina residents when they are in North Carolina.

I feel strongly that if we can trust those who are 18 to vote and carry weapons in defense of the country, we must allow them to provide for their own self defense. Bottom line,  criminals are always going to ignore the law. This gives more opportunity for those who are inclined to have a fighting chance to respond to a deadly confrontation without financial penalty while still keeping their weapons hidden.

The chicken liberals have been squawking the sky is falling for the past 20 years, every time another Democrat law gets shot down that only disarms victims. Yet we the people keep buying more guns and the violent crime rate keeps dropping — except, of course, in Dem-controlled cities with gun control. Their lies and hallucinations have finally come home to roost.

“… the potential ramifications are troubling.” OK, how? “…the prospect of the lax law allowing gang members who have no criminal record to carry numerous weapons in bags. With no limit on how man y firearms one could conceal, the scenario is not far-fetched.”

To start, gang members who have no criminal record are allowed to purchase hand guns if they pass the background check under the old system and could carry as many as they may wish locked it the trunk of a car. Allowing legally acquired hand guns to be carried concealed by their purchasers will not change the status quo for gang members.

A couple of points: What are the chances that a gang member will reach the age of 18 (to buy a rifle or shotgun) without a conviction of some kind that would prevent the buying of said firearm? How about the age of 21? If he gives the weapon to another gang member, then he can be charged with multiple offenses, including those that cover straw purchases.

… Kannapolis carousel is double the fun

This is beautiful. Great attraction for Kannapolis. What I would like to see is children ride for free. Put an age limit to it — under 12, for example. $1.50 can be expensive, especially for families with multiple children.

It would be nice if residents in Kannapolis were free.

… David Post: After the fact, a lot of maybes

You did what you thought was right for the city, as an elected official. No one can ask for more.

I no longer live in Salisbury, but if I still did you would have my vote!

Please contact legislators. With our current group in Raleigh, you will likely be wasting your time, but miracles do happen. Governor Cooper is already on board but has little power presently.

Well said, Ms. Johnson! Why be miserly with any aspect of education? Why argue over whether to have technology for students and teachers or improved infrastructure? We are a wealthy country. There is no reason we shouldn’t have state-of-the-art schools in every district.

It’s amazing to see the lives God has changed in Statesville through PowerCross the past 10 years. I can’t wait to see what happens in Salisbury.

Nice feel-good article. The chosen site is where in Salisbury? What happens to the programs that were available there for the other citizens of the Community?

You are such an inspiration and will definitely be missed.

That place was my father’s home. What a shame to tear down such a lovely piece of small town history.

… Leonard Pitts: You can’t take the low road to the high place

Question: What would send Sigmund Freud to the rubber room drowning in Prozac? Answer: Trying to analyze the twisted mind of op-ed leftist Leonard Pitts.

The useless governor is mad that they gave the teachers the exact raise that he wanted. These worthless leftists are just mad that the free ride is over for the deadbeats in our state. Keep up the good work in Raleigh and never give in to the leftist scumbags like the ones that complain on the Salisbury Post.

It sounds as if Power Cross was wanting to lease the space in Hall Gym. The Salisbury Parks & Recreation Department lists rental fees on its own page (Hall Gym is $70 or $50 an hour or $50, depending on the room being used). How would Power Cross’ arrangement have been different from any other private group that wanted to rent, say, City Park Center for a similar period of time, or part of the Civic Center?

They were not trying to just rent a room for an event here or there. They were trying to actually take over both facilities, which means that all of the current programs and activities there would have been shut down or displaced, as well as employees at both facilities. There are already sports leagues (basketball, football, cheer, wrestling), summer camps, after school programs that go on there and utilize the facilities.

So how do you just come into a community, a place that already has established programs and just attempt to take over?

My question is: What about these kids? Politics aside, decisions should be made to provide a safe outlet.

Laurels to two caring couples who have welcomed  more than 130 foster children into their homes. Now stepping away from... read more