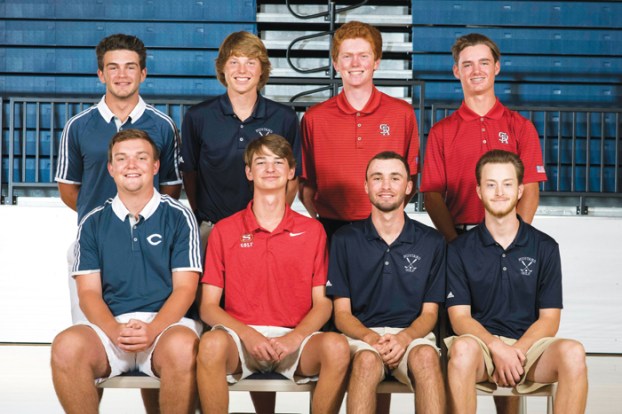 SALISBURY — It would have been easy for Nick Lyerly to have said, “been there, done that.”

Instead, Lyerly went out and won his third consecutive Rowan County high school golfer of the year title, counting last year, when he and East Rowan teammate Logan Shuping shared the honor.

Lyerly was coming off a 2016 to remember: He won the South Piedmont Conference individual title, finished second in the regionals and fifth in the state. He and Shuping, now a rising sophomore at East Carolina, led the Mustangs to a runner-up team finish in the state 3A tournament.

Then, last November, Lyerly signed a scholarship agreement with UNC Greensboro and in January, was named the 2016 N.C. Junior Player of the Year by the Tarheel Youth Golf Association and the Carolinas Golf Association — for the second straight year.

So Lyerly had every reason to see the spring 2017 high school golf season as “old hat.”

But he didn’t. He averaged 33.5 during the SPC nine-hole matches, won the county tournament again, shot 71 at regionals and averaged 75 at the state tournament.

He was the obvious choice for the Post’s top golfer among the all-county team.

“It was definitely a goal, starting out, to win the honor again,” said Lyerly. “I felt like I probably should win it but then, again, there’s other good players in this county that could have won it — Parker (Chavis), Bryson (Sprinkle), Andrew Coward. They all had a shot, especially after the first few tournaments of the year. I think they were right up there with me, score-wise.”

South Rowan’s Chavis, who is heading to Pfeiffer University on scholarship, really pressed the point at the county championship.

“At the county tournament, I think I was like 5-under par through nine holes but Parker was 4-under,” remembered Lyerly. “He played great that day, for sure … really pushed me. If you’re 5-under, you don’t expect to have a one shot lead at the turn.”

Lyerly would not have traded the last high school season of his life for anything, even though winning the team state championship was not really a realistic goal this year.

“We were going to be hard pressed to win the state, without Logan,” said Lyerly, referring to Shuping graduating in 2016. “If he had been here one more year, I think we definitely could have done it.

Also an outstanding in the classroom, Lyerly was selected as one of four students from East Rowan as part of the Salisbury Post’s All-County Scholars section. As salutatorian, he also spoke at graduation on June 10.

“Nick has been a great influence on everyone, myself included,” East golf coach Rhett Teems said at Lyerly’s signing party last December. “In and out of the classroom, a coach could never ask for anybody better than that kid. He’s been awesome.”

Also at the party where Lyerly signed his college scholarship, Nick expressed his passion for the game.

“When I was little, my dad took me out there and I just instantly loved golf,” Lyerly said. “I don’t know why, but it just instantly clicked. I really enjoyed doing it and stuck with it.”

Before heading to UNCG in mid-August, Lyerly has his usual busy golf schedule this summer.

He played in last weekend’s N.C. Amateur at Davidson’s River Run Country Club, but failed to defend his title, finishing 47th. Next up is the North-South Junior tournament at Pinehurst, the only junior event Lyerly is going to play before beginning his collegiate career.

He does have non-junior tournaments like the North-South Amater, also at Pinehurst, the Eastern Amateur in Virginia, a U.S. Amateur qualifier and the N.C. Amateur (match play) tournament.

Lyerly is not playing in this weekend’s Rowan Masters at the Warrior but said that he hopes to play in the next month’s Horace Billings Rowan Amateur at Corbin Hills.