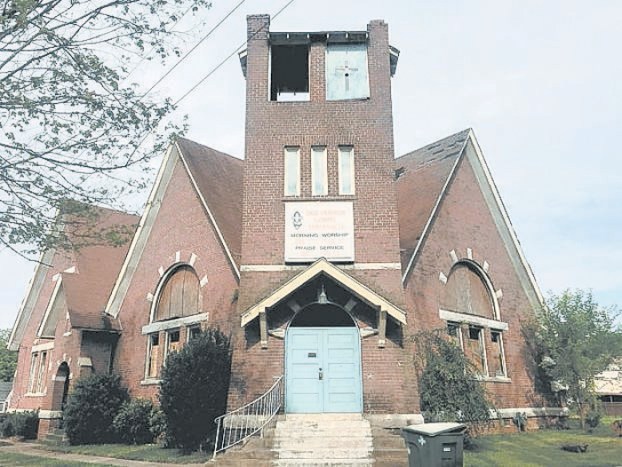 This former church on Ridge Avenue will become a music venue. File photo

Blackwells have big plans for former church on Ridge Avenue

SALISBURY – Jody Blackwell had been thinking about buying the former Old Fashion Gospel Tabernacle church on Ridge Avenue for more than three years.

“And we were actually looking at some other property here in the area. And I remember, I’d always tell Margaret, ‘This is pretty good, but right over there’s the buy,’ ” Jody said.

He and his wife, Mayor Pro Tem Margaret “Maggie” Blackwell, finally decided to buy the property — located at 121 Ridge Ave. – at the beginning of this year. The deal was completed last month.

They plan to turn the former church into a music venue called Beacon Hall.

“It’s such a piece of this neighborhood even though it’s been abandoned for a couple of years,” Jody Blackwell said. “Everyone’s looked at it and said, ‘What a great building.’”

In addition opening a music venue, the Blackwells are planning to start a nonprofit organization that will run in tandem with the venue.

Some nonprofit initiatives that the Blackwells are discussing include having music lessons for underprivileged children and creating a reading center for pre-kindergarten children.

But they said those projects are not set in stone.

“We’ve had the building, like, three weeks and everybody thinks we know all the answers, and we don’t,” Maggie said. “I mean, we just bought a building; we’re trying to figure it out.”

Jody said most of the renovations cannot start until their organization, which has yet to be named, is granted a nonprofit status.

The Blackwells said they have already received an outpouring of support from the community.

“Oh, everybody in town has just said, ‘Whatever you need, please call,’’’ Maggie said.

“I’m overwhelmed with the — I think, when it really gets started — the support that’s going to happen,” Jody said. “Because at the end of the day, I want to give it back. I want this to be a sustaining something that, when we’re gone, it’s still going.”

An empty seat at the round table: Friends remember Bobby Hooks, who died in a traffic collision Tuesday

By Shavonne Walker shavonne.walker@salisburypost.com FAITH — There’s an empty stool at the round table inside Faith’s A&L Mini Mart. Anyone... read more