For Libby Post, retirement is next on the menu 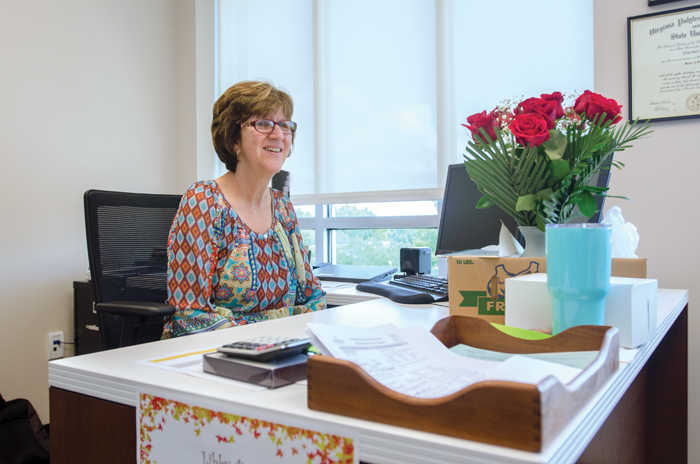 KRISTI CRAVEN/ SALISBURY POST Libby Post sits at her desk as she gets ready for retirement at the Wallace Education Forum in Salisbury on June 16, 2017

For the past 18 years, Libby Post has run the school nutrition program for the Rowan-Salisbury School System. She has created menus, purchased supplies and food, hired staff and filed paperwork — all while adhering to the rigorous federal, state and local laws. On July 1, however, she will retire.

Post, originally from Columbia, S.C., became a registered dietician after graduating from Clemson University in 1979, and early in her career worked for a company that distributed food to health-care services. Although she enjoyed her job, she desired to do more with her knowledge.

“I wanted to be helping to feed the well instead of feeding the sick. I also wanted to help people learn healthy eating habits,” said Post.

“No two days are alike,” Post said as she reminisced about her time as director.

Over the course of her career, Post has seen several changes. For example, menu changes, which she says the system “eased into.”

“The past 20 years, there has been a movement towards trying to have healthier meals and a healthy school environment,” said Post.

Another big change is the “smart meals” served in the libraries of South and West Rowan high schools. Rather than having four lunch periods, where each group of students only has 30 minutes to eat, students are given an hour of free time to get lunch, study and go to tutoring. This enables students to have more freedom and responsibility as well as making the serving staff members’ jobs less strenuous.

“I’ve always wanted to do more, do better, feed more kids,” Post said of her goals as director.

Post has worked hard and has been successful. During her time as director of child nutrition, she has helped to ensure programs available elsewhere in N.C. — such as the summer meals program and the after-school snack program — found their way to the Rowan-Salisbury School System. Additionally, she has worked recently to bring a supper program to the RSS district starting next year.

The supper program, which has been offered at other schools in N.C. for the past two years, will be an expansion of the after-school snack program. Students will be offered things like wraps, hamburgers, fruit, vegetables, yogurt and cheese sticks. Although getting the program approved was a long process, Post said the outcome — being able to feed more kids — will make it worth the wait and work.

Post also credited a lot of her success and love for her job to the people she works beside every day.

“I’m going to miss the people I work with here, in the cafeterias, the kids,” Post said. “It is a very gratifying career. I have made a lot of really good memories.”

Post plans to spend more time with her family during her retirement. She also plans to travel and do some volunteer work.