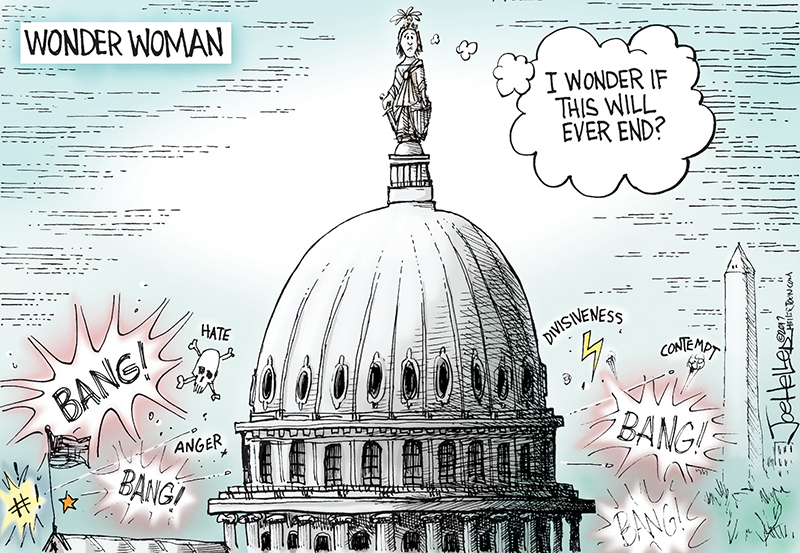 Good article. Considering the divide which was already present in the city, the false narrative of “possible violence by a specific demographic” has increased it even more. In the future, hopefully, city officials will “trust, but verify” before verbalizing and publicizing inaccurate information.

You nailed it in the article and you did good, Josh.

We all have heard fake news. It is an everyday thing coming out of Washington, D.C., but I would want to know even if it was a rumor if there may be a riot. The world we live in now is not a safe place. Even if it frightens me I still want to know that something might happen.

If the streets of Salisbury had been filled with people and the rumors had been true, then there may have been people killed or injured. In this day and time, nothing should be ignored. As a citizen of Salisbury, I have a right to know if something bad may happen. How else can I protect myself and my family?

Question is, why did officials with the city ask why you didn’t provide details? Kinda seems that they wanted you to, so it would stir the pot more.

And if they had done nothing and there had been riots, the same people would have been mad about that.

In my opinion, virtually all of the animus at council is summarized by one sentence nearly at the very end of this article … — “The city of Salisbury should do a better job of understanding Salisbury’s residents of color who have been historically disenfranchised in more ways than the right to vote.”

… Civility is a wonderful thing when it’s earned. Not when it’s mandated. Those slaves were so civil, weren’t they? Quiet, respectful, heads down? Are we sure that civility isn’t code speak for keeping those pesky voices of resistance quiet?

The shop in back: After 40 years, florist David Harrison eyes retirement

Terrific article, Mark. Congratulations, David. You will surely be missed. Thanks for your service to your country and to this community.

I always enjoyed talking with David when in the shop. And he always made the most beautiful arrangements. Hope he has a wonderful retirement.

Love this place; they do the best work around. It is very sad to see David leave; it will never be the same.

Thank you so much, David, for all the beautiful flowers my family has gotten from you over the years — don’t know what we will do without you. Best wishes for you always.

Many of the cards that came along with flowers that men gave to their wives were actually written by David.

When my wife got the flowers she called me and told me that was the sweetest thing I had ever written for her. Like an idiot I told her, “Really? What did I say?”

First let me thank Tristan Roseman for his service to our country. As a Marine myself, I was very proud to wear that uniform. …

As you can see, this principal is fully aware and has always known the price of freedom.

The future is bright, however, as a united and charged-up Democrat Party will start taking our country back at the polls in 2017, 2018 and 2020. We the protectors of democracy, the citizens, are the majority and we will get our government back for the people and it will be by the people. Lets get going.

Some citizens voted for the current government to drain the swamp. It’s being turned into a desert instead of a lush green valley of hope and progress. Are we surrendering our republic to oligarchs who treat people as objects for personal gain instead of human beings pursuing the American dream?

It’s about time. Now, if we can get the support the boys get … If you haven’t watched women’s softball, give it a chance. Great game and lots of fun

This is really exciting! Congrats to those putting this together. This will be a huge success.

God is certainly blessing you for continuing to do his work — with your children, grandchildren and your ministry. You’re a good woman, Ann Farabee.

Thank you, Ann, for sharing your story. As I was reading it a lot of similarities popped into my head. I know God’s plans are not always our own and that sometimes it’s hard but we have to keep pushing through the tough times. Love you for what you do and who you are.

Constantly amazed by the work you do for the kingdom. The impact you make and have made in so many lives is priceless. And you call me friend… blessed. This writing made tears fall as I am always wondering, am I making a difference for the kingdom. I grieve for those who have walked away from it all

I love the fact that the teachers and students are blessed to have computers, but let’s be real here. The students and teachers have greater needs that are a lot more important than laptops.

My sister’s classroom is so outdated — the carpet is so old and stained, the room is infested with roaches, the smell is a constant battle, the floors need to be maintained, the old desks and old books are awful.

The school board does not hire enough teacher aides so the teachers I know personally can’t use the bathroom the entire day. Why? The school board says there’s not enough funds to improve the 50-year-old carpet, or teacher aides or the 100 other really important issues that need to be repaired.

Teachers are leaving and going to other counties. … So a $13 million lease on computers is not acceptable or worthy of praise when there are hidden, deep issues that need to be addressed.

… Chris Shelton column:
An apology, a response and a challenge

Thank you, Pastor Chris. We all fall short at times. We all are misunderstood at times. We all have “judged” incorrectly. It is in knowing the character of that person that makes all the difference in the end. You and I have met only a few times, but I know many who attend Life Church and sit under your leading. So thank you for the positive impact you make in our community. Thank you for your humble spirit.

I have zero doubt that the “told you so” crowd will be rallying around this one as an example of why “no knock” warrants are unnecessary. However, before jumping to that conclusion, I think we should take a look at why one was used in this particular situation and compare it to why it was not used in the Laurent situation. That would form a much clearer picture to feed the current discussion.

… Letter: Salisbury is a better place because…

Thank you, Ronnie Smith, for reminding us of the difference these three people made in our community. They will be missed, indeed.

Dr. Fisher, you say, “Health savings accounts seem hollow promises for those without jobs.” No, it isn’t. Jobs have nothing to do with tax-free HSAs. A 30-year-old couple and two children get $9,000 in age-based tax credits in TrumpCare, and any unused credit is deposited into the family’s HSA. In Florida, this family can get HSA qualifying insurance for $6,000, so $3,000 is deposited into their HSA at the bank.

North Carolina has cheaper rates and the family can get the insurance for $5,000, so the TrumpCare HSA deposit grows to $4,000.

With or without a job, who is so broke they can’t afford to take $4,000 tax free? Repeat after me: The best tax cut is NO taxes, and it’s time for your HSA.