Rowan goes to 11-0 by crushing Steubenville 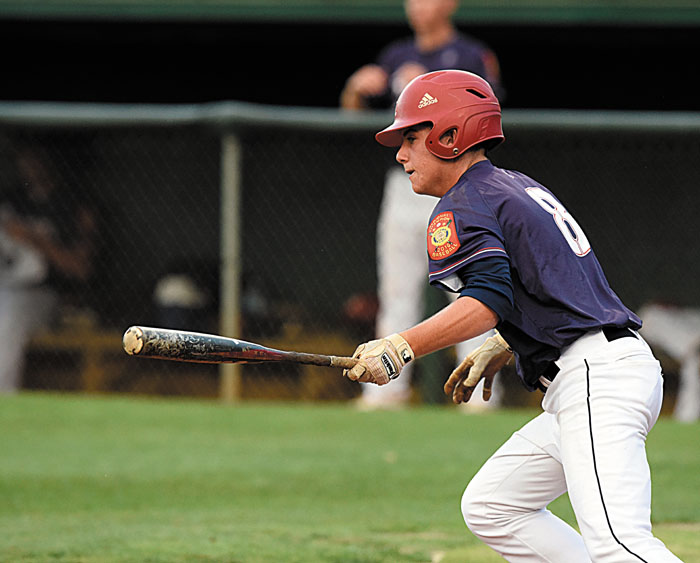 SALISBURY — Electricity was restored at Newman Park at one o’clock Thursday afternoon, but the real juice kicked in about six hours later.

That’s when unbeaten Rowan County plugged in and banged out 17 hits in a dizzying, 21-0 victory against visiting Steubenville (Ohio).

“Sure sounds like a football score,” smiling designated hitter Trevor Atwood said after the seven-inning triumph. “The game of baseball may be funny sometimes, but it’s always fun. And this one was a lot of fun.”

Rowan (11-0) could have thrown a welcome-to-summer party. In a game that brimmed with pleasures small and large, Post 342 limited Steubenville (9-5) to a pair of singles while collecting eight extra-base hits. The locals had not one, but two seven-run innings, and batted around in both the first and third.

“We were squaring them up tonight, weren’t we?” Atwood said.

“I felt pretty good out there,” Myers said after notching five strikeouts. “Mostly fastballs, mixed in a two-seamer here and there, and threw my slider twice. I wasn’t locating very well in the whole time, but when I did they were swinging and the defense backed me up.”

Right-handers Olen Stamper and Will Brown spelled Myers and each pitched an inning in relief. But make no mistake — this win was fueled by Rowan’s glow-in-the-dark bats.

“After a bunch of coming-back-and-clawing wins, it’s good to have a couple like that,” coach Jim Gantt said after RC posted its second consecutive mercy-rule victory. “The bats came alive tonight. Their pitcher left a few up in the zone and we didn’t miss them. That’s a credit to our hitters. We took advantage of every opportunity.”

No one cashed in more chips than Atwood. In Wednesday’s 14-1 romp against Eastern Randolph, the West Rowan graduate delivered a decisive, three-run double in the first inning. Last night against lefty Nick Zorne, he blasted a first-pitch, three-run homer that was in the books while it was still in the air, pushing Rowan’s first-inning lead to 6-0. In the second he added a wicked, two-run double that whistled down the left-field line as the lead bulged to 9-0.

“He didn’t have his best stuff,” said Post 33 coach Anthony Pierro. “It’s very disappointing. We came down here to make a realistic assessment of ourselves and find out what we need to accomplish. It was a big wake-up call. They let us know they were a superior team.”

Steubenville didn’t travel eight hours to watch Rowan take batting practice, but that’s essentially what happened. Post 342 led 17-0 after three innings and extended it to 19-0 on the last of five Post 33 errors. Wilhelm’s two-run double with two outs in the sixth inning turned the rout into a 21-run salute.

“Nobody is surprised by us anymore,” Myers said. “This is how we’re supposed to play. We should come out every night and play like this.”

Lyerly, Edwards are six strokes back at NC Amateur