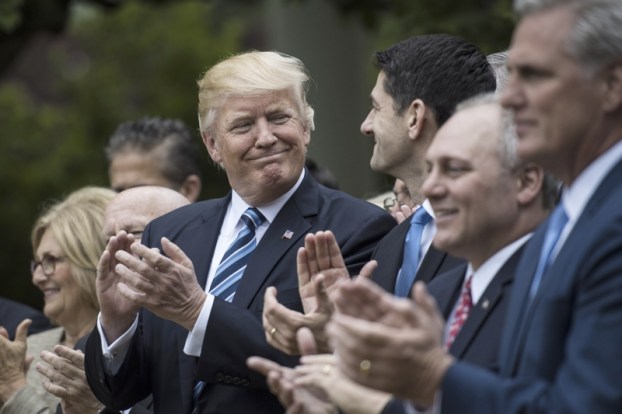 As my old friend J.P. used to say, “People even got tired of The Andy Griffith Show eventually.”

So it is with the Trump Presidency.

Understandably, Democrats want him out of the White House. Now! Today! His recklessness and willful ignorance are frightening.

But the more Democrats rail and rant and rave, the more Trump’s base — and some Independents — rally around him.

Why? Because some of them will support him even if he shoots somebody in the middle of Fifth Avenue. And those who hate him hate Democratic politicians even more.

It’s time to take a deep breath and let this all play out.

Trump’s biggest enemy is his mouth, his Twitter and his policies. Like denying that climate change is real and throwing millions of people off health insurance.

Give him room. Give him rope. He is busy hanging himself. America will tired of him. America is tiring of him.

In 2018 or 2020 there will come the opportunity to hit him and the Republicans where it hurts and where it counts: in an election. Two chances for Americans to do what they love to do: throw the bums out.

For now, listen to old J.P. And heed this advice from John Steinbeck in East of Eden:

“In human affairs of danger and delicacy successful conclusion is sharply limited by hurry. So often men trip by being in a rush. If one were properly to perform a difficult and subtle act, he should first inspect the end to be achieved and then, once he had accepted the end as desirable, he should forget it completely and concentrate solely on the means. By this method he would not be moved to false action by anxiety or hurry or fear. Very few people learn this.”

RALEIGH — Although recent court decisions might lead you to think otherwise, North Carolina voters are probably going to have... read more