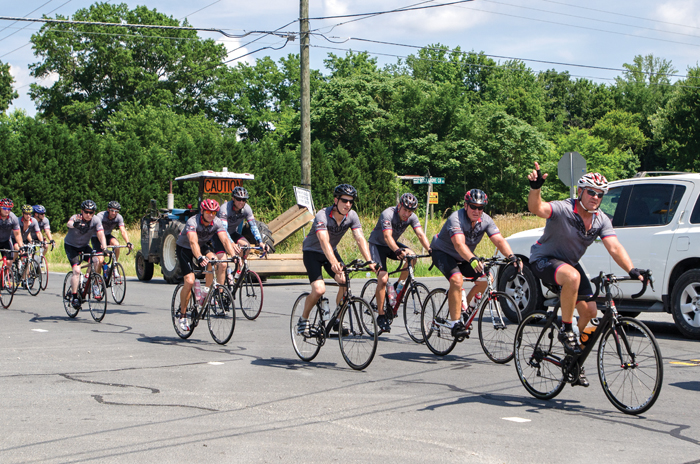 SALISBURY — Carolina Brotherhood, a group of firefighters, law enforcement personnel and first responders from across North Carolina, South Carolina and Florida, passed through Rowan County on Tuesday as part of its sixth annual bike ride.

Jay Baker, a battalion and division chief for the Salisbury Fire Department, has participated each year as a cyclist. But this year, he participated as a member of the cyclists’ support team. His duty was to pull the support trailer and set up for breaks and overnight stays for the cyclists.

“I miss riding my bike; that’s my first passion,” said Baker. “But being a member of the support team is just as important. It’s just a different side of the fence.”

The weeklong ride began June 12 in Smithfield and will continue until Saturday, when it will come to an end in Beaufort, South Carolina — a total trip of about 625 miles. Tuesday’s leg of the ride was in memory of Locke Fire Department Lt. Chris Phillips, who died in 2015 of an apparent heart attack. The leg began in Southern Pines and ended at Grace Church, where the riders spent the night.

The cyclists are typically awake by 5:30 each morning and on the road by 7 or 8 a.m. They would finish their day’s journey by about 4:30 or 5, depending on the mileage. On average, they travel between 90 and 110 miles each day, said Baker.

The mission of Carolina Brotherhood is to provide both emotional and financial support for the families of law enforcement officers and firefighters who lost their lives in the line of duty. The most rewarding part of their journey is getting to see everything come together, especially as they meet families of fallen brethren, said Ben Wooten, a firefighter who helps coordinate the ride for Carolina Brotherhood.

“There are moments within the ride that take your breath away,” said Wooten. “There are people who have made the supreme sacrifice, and it’s important to honor their legacy and remind their family members that they are never going to be forgotten.”

Many of the cyclists and support team members have been involved since the founding of Carolina Brotherhood in 2012. Daniel Hefner, a retired firefighter from Charlotte, has been a member of the support team since the beginning — until this year. This year, thanks to his new hip and knee, Hefner was able to experience the journey as a cyclist.

“I’m happy on both sides,” Hefner said. “If it wasn’t for the support team, we couldn’t do it, but I do enjoy going fast down the hills on my bike this time,” he said with a smile.

Hefner completed his first ever 100-mile trip Tuesday, an achievement he says he couldn’t have managed without his younger brother, Bingham Hefner, who has participated as a cyclist each year.

“I would not be doing this if it wasn’t for him,” Hefner said, a tear sparkling in the corner of his eye. “He has encouraged me, pushed me, given me advice, and ridden alongside me every mile of the way.”

Support and love were visible among the group — for one another, for their mission, for the families of those fallen in the line of duty, and for other firefighters and law enforcement personnel they encountered along the way.

Jay Baker may have said it best: “Brotherhood is special. It’s a support system in place. And this ride, this group — it shows brotherhood in action.”

For more information, visit carolinabrotherhood.com or follow @CarolinaBhood on Twitter. Visit bit.ly/2a9MxSN to track the riders as they progress this week. 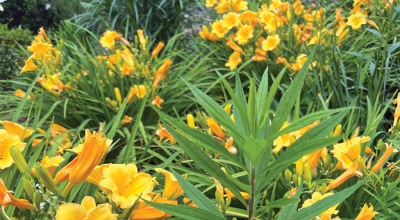