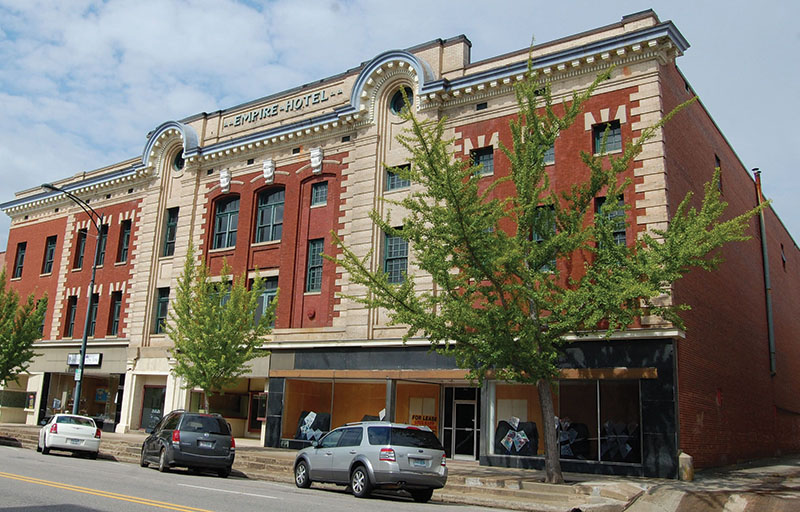 SALISBURY – After a closed session following the regular City Council meeting Tuesday, the council approved a preliminary development agreement for the Empire Hotel.

“This is really a positive step,” said City Manager Lane Bailey. “This is a significant part of our downtown, so we’re really excited.”

The development agreement specifies that Downtown Salisbury Inc (DSI) – which currently owns the building – and the city of Salisbury will negotiate exclusively with Black Point Investments, the potential buyer of the property, from this point forward.

“We are 100 percent committed to this project,” Weaver said. “If anyone will get it done, we will.”

Now that the development agreement has been signed, Black Point Investments will reach out to banks and attempt to set up financing for the restoration. Weaver said that financing a historic restoration project is often the hardest part of the process. But he said he is confident that it will get done.

“We believe it’s financially viable. Period,” Weaver said. “We wouldn’t commit our money to the degree that we have unless we had some idea of how it will go.”

Weaver said that the current plan for the building is to make the top two floors residential and to leave the bottom floor available for both commercial and residential purposes.

The project has been able to move forward and jump several other hurdles since the purchase agreement was signed in August, including passing an inspection in January. The inspection results, released in April, showed there were no environmental problems that would prevent redevelopment.

DSI purchased the property in 2007.