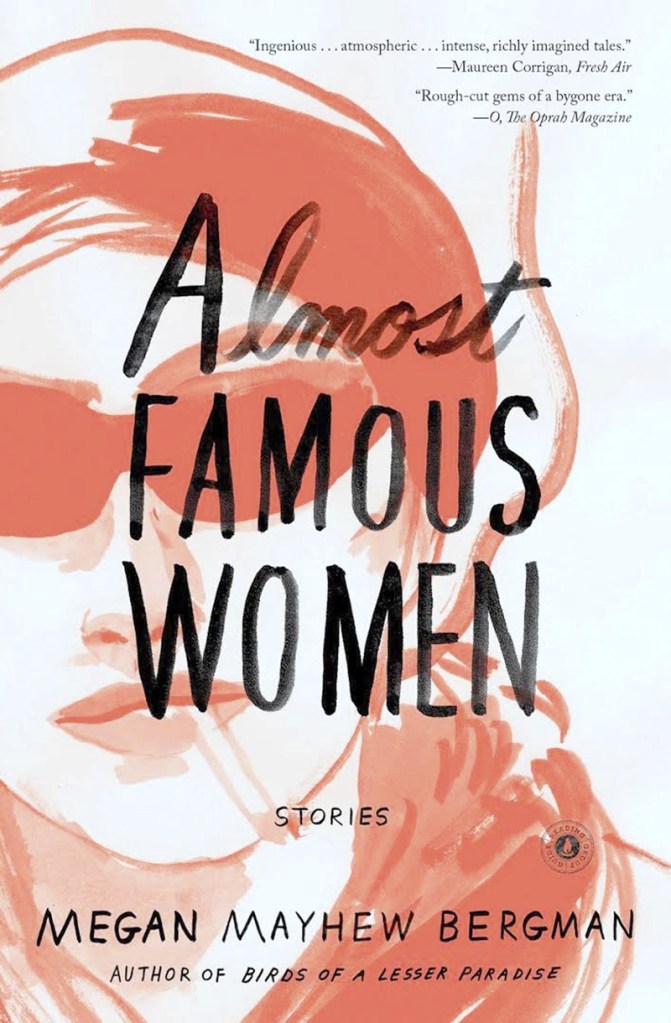 The first book of the Summer Reading Challenge is 'Almost Famous Women,' by Megan Mayhew Bergman. The discussion will be Tuesday at Rowan Public Library.

The first discussion of the 2017 Summer Reading Challenge is Tuesday night at Rowan Public Library, 7 p.m.

For an hour, we will talk about “Almost Famous Women,” a collection of short stories by Megan Mayhew Bergman.

And you’re stuck with me as your moderator, so I hope  you come with observations, questions and comments.

It’s quite a collection, with many bold images, some shatteringly sad, in fact. But there’s power in here, too, admirable power and frightening power. Small moments, gestures, looks fill in between.

Most of the stories, which are fiction, are about real people. There really were a set of Siamese twins who died in Charlotte after a long career of being on display and singing. Each had a distinct personality, each wanted different things. They never thought of being detached, because doctors said one of them would die, nor did they have the money or world experience for such a thing.

There really was a trumpet player named Tiny Davis, who looked like a woman and acted like a man. She was Ernestine Carroll, born in Memphis, Tenn., who picked up a trumpet at age 13. The International Sweethearts of Rhythm were a group of Latina, Asian, white, black, Indian and Puerto Rican women who dazzled audiences, including at the Apollo Theater, though they had little appeal in the Deep South, due to widespread and often violent prejudice.

Romaine was an artist who used mainly black, gray and white paints. She had a miserable childhood, being ignored by her mother in favor of her insane older brother, leaving the artist scarred from lack of affection and acceptance.

Joe Carstairs was “the speedboat racer, doll-toting heiress and ‘sexy, flat-chested eccentric’ who responded to rejection by occupying the margins of society, until she had built a Bahamian kingdom — a fantasy island — of her own. ‘I ran a country,’ she was able to boast,” wrote Tom Cheshire.

These women were famous, once.

Bergman also writes stories not based on real people, like “The Lottery, Redux,” about a penal colony for people who damaged the environment.

It’s 50 years since anyone has been sent to the island, and the inhabitants — barely existing on fish and what they can coax from a barren land — have a regular lottery to determine who will be set on a raft with a few provisions and floated out to sea to reduce the population.

“The Internees” is about the women in the Bergen-Belsen concentration camp in 1945, the same camp where Anne Frank died days before the liberation.

Just five paragraphs long, it packs a gut punch you won’t soon forget. As the women, some mere skeletons, realize they are to be freed, soldiers toss out a box of expired lipsticks, which the women grab, greedily.

Bergman writes, “We had pink wax on our rotten teeth. We were human again. We were women.”

Join us for an interesting night on Tuesday at 7 p.m. in the Hurley Room of Rowan Public Library in downtown Salisbury.

Out next discussion will be July 11 about the dystopian classic, “1984,” by George Orwell.