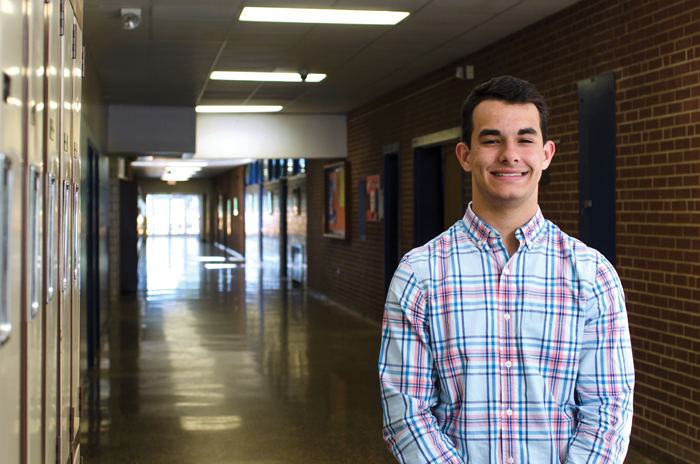 MOUNT ULLA — West Rowan student Timothy Wilmot graduates Saturday as valedictorian of his class — a title he set his sights on freshman year.

Timothy said he’d always been top of his class in school.

“So going into high school it was a goal of mine,” he said of the title.

But he did have some struggles in school. Timothy was diagnosed with moderate to severe hearing loss when he was 4 years old.

“At that point they didn’t know what could happen from it,” he said.

Timothy said he figured out how to read lips when he was very young — still a toddler — so it took a while to catch the problem. But as he aged, his parents “knew something had to be up.”

But the hearing loss was solved easily enough with hearing aids — a device Timothy has worn his entire school career. That didn’t mean he enjoyed it, however.

“I didn’t want them to be in my ears — it was just kind of a nuisance,” he said, and laughed as he related how he used to remove them.

He was often placed towards the front of the class and still depended on lip reading sometimes.

“Even today that still helps a lot,” he said.

And at West, he’s excelled. Timothy said he’s really enjoyed his time at the school, and added that all of his teachers have been supportive.

It was a West Rowan teacher who opened the door to his future career during a statistics class. Timothy enjoyed the class so much that he wants to study statistics and actuarial field economics when he starts at University of North Carolina at Chapel Hill in the fall.

Timothy said he’s excited to graduate and go to college.

“I’ve been looking forward to this year for a while,” he said.

But the prevailing emotion, he said, is relief.

“I’m ready to graduate and get onto new things,” he said, “but I’m also thankful for the time I’ve had here.”

Timothy said if he had one piece of advice to give to incoming freshman, it would be to be themselves and to work hard.