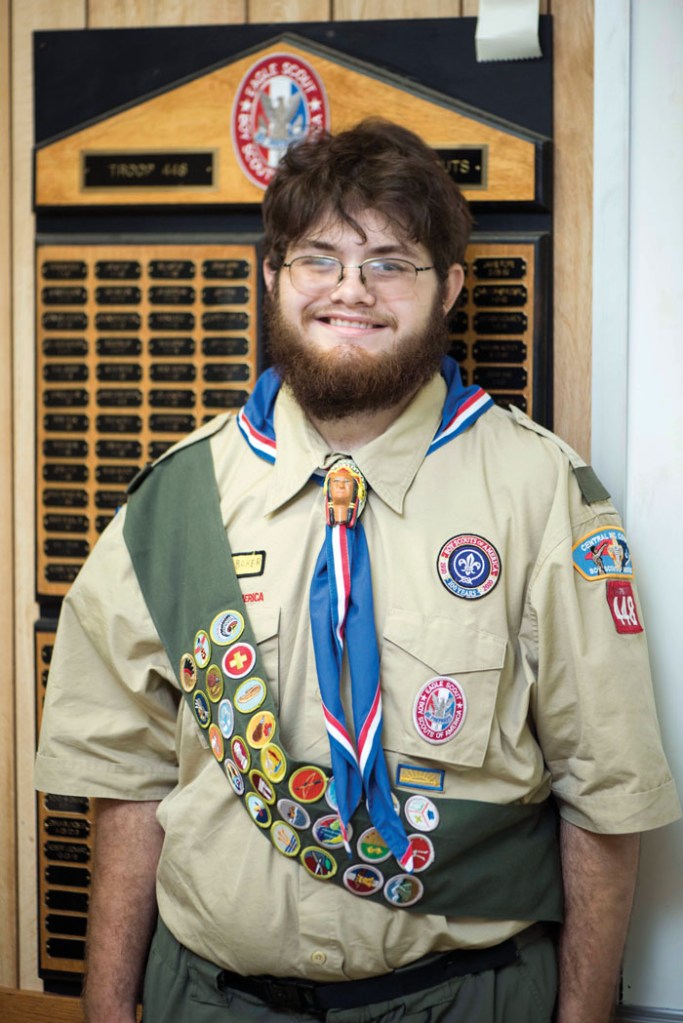 SPENCER — Mark Baker graduates from North Rowan High School on Saturday — something doctors told his mother they didn’t think would ever happen.

Mark was diagnosed with autism when he was a toddler. His mother, Bretta Baker, said doctors told her he was “half a point from severely autistic and non-functional.” At three and a half years old, he was developmentally equivalent to an 18-month-old. He would likely never be able to socialize, go to school or be independent, they said.

But Baker was determined that a diagnosis not be the final word.

“’You’re not going to tell me what my three and a half year old’s going to do when he’s a teenager,’” she told doctors.

Mark will graduate with the rest of his class Saturday. Teachers describe him as a student who is well liked by his peers, and those that know him well speak of his imagination, sense of humor and fondness for pranks. He gets “a grin on his face and a twinkle in his eye” when he’s up to mischief, his mother said.

He’s also an artist. Mark said he spends a lot of time drawing — he paints, does watercolor and sketches, letting his imagination run wild.

This year Mark also earned his Eagle Scout badge after years with Troop 448. For Mark, the troop became family. Mark said he joined the troop when he was in third grade.

He started as a Cub Scout, and worked his way up. The troop helped him socialize, looked after him and pushed him to succeed. And when he went through hard times, they were there for him.

His mother said one of the most significant moments the troop pulled together for Mark was when his father died. JR Baker passed away from complications following surgery just two weeks before Mark began his freshman year. The troop “stepped up for him,” going to the hospital to visit Mark and putting together a memorial for JR, who had been involved with the troop.

Mark said he’d always played pranks on his dad — doing things like giving him Barbie Dolls for his birthday. During that final hospital stay, Mark and his mother painted JR’s toenails. It was the last prank they pulled on him.

His father’s death made a rocky start to Mark’s high school career, but he’s pulled through. He gets good grades, and in spring completed his Eagle Scout project — painting cabins at Dan Nicholas Park.

He doesn’t know what college he’d like to attend yet, but he knows he wants to do something with art.

GRADUATION 2017: Cancer was not an obstacle