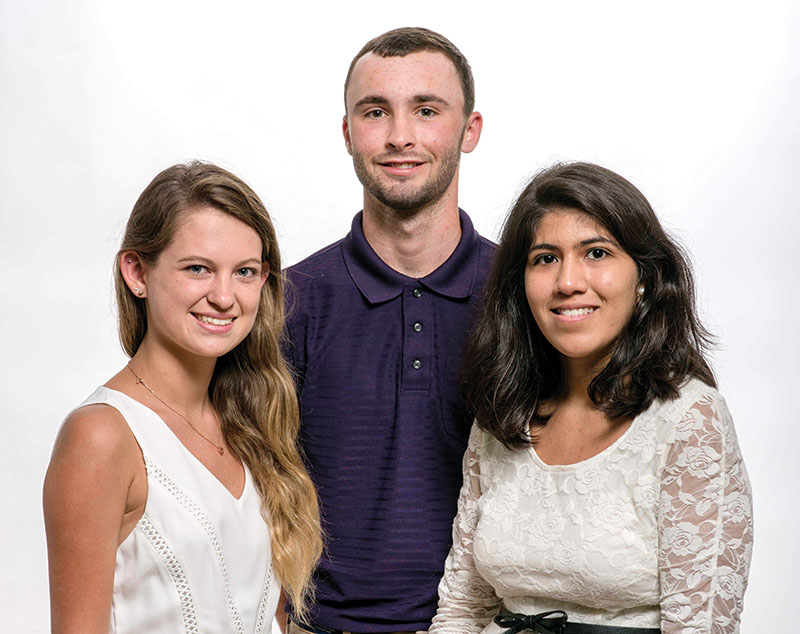 Kaylee Amber Henley, of Granite Quarry, is the daughter of Pam and Mike Henley. She attended Rockwell Elementary and Erwin Middle schools. She will attend North Carolina State University where she plans to major in biology. Her career goal is to be a wildlife rehabilitator. She researched environmental degradation for her senior project.

Henley is secretary of the Art Club.

A defining moment in her life:  was getting accepted to North Carolina State and deciding to room with one of my best friends. We had said since elementary school that we wanted to go there and room together, and it’s amazing that we have been granted that opportunity.

The secret to her high school success: is having a great team of family, friends and teachers to help me through the last four years.

If she had $10 million: I would travel the world with my friends, visiting all the different locations that we have always dreamed of visiting.

Secret to her high school success: Study hard and pay attention in class, but don’t take yourself too seriously; enjoy high school while it lasts!

Nicholas Lyerly, of Salisbury, is the son of Becky and Roger Lyerly. He attended Rockwell Elementary and Erwin Middle schools. He plans to attend the University of North Carolina at Greensboro. For his senior project he researched the history of golf.

Lyerly was on the golf team. Additionally he participates in his youth group at Organ Lutheran Church.

A defining moment in his life: Becoming the youngest player to ever win the N.C. Amateur last year.

Secret to his high school success: Hard work and studying.

If he had $10 million: I would give some to charity and invest the rest of it.

Paola Lisette Rivera, of Granite Quarry, is the daughter of Carolyn Rivera. She attended Hanford Dole Elementary and Erwin Middle schools. She plans to attend North Carolina State University where she will study human biology. She hopes to become a pediatrician. For her senior project, she studied wildlife rehabilitation and captivity.

Rivera is co-president of the Spanish Club, co-vice president of Sigma Phi Gamma, co-secretary of the Art Club, a Junior Marshal and a member of Crosby Scholars, Junior Civitan and the National Honor Society. Outside of school she assists her mother with animal emergencies, sets up for events at her church, and worked as cashier at Wendy’s.

A defining moment in her life: seeing my grandfather after his prostate surgery. It showed me the importance of making every moment in life count because the future is everything.

The secret to her high school success: Study hard for the classes you know you need to study for, and take it easy for the ones you don’t. Your education is important but so are you — relax once in a while and you’ll see a positive change in yourself and with your grades.

If she had $10 million: I would pay my college tuition and my family’s debts, invest, create a foundation for children struggling with mental health illnesses and travel the world.