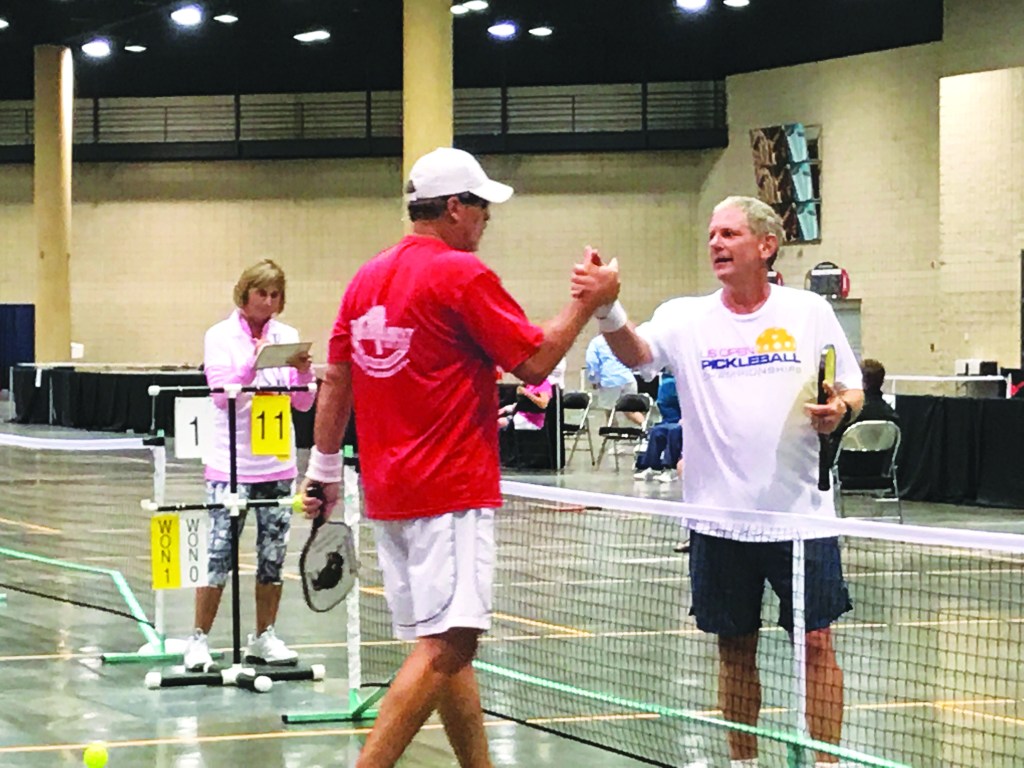 Post topped Redding early in the tournament, 12-10, 11-3, then met the perennial favorite again after Redding came back through the loser’s bracket.

“It’s the best I ever played,” Post said in a telephone interview. “I had a blast. I really like singles because you are the only guy on the court and can use your own strategy, without having to depend on someone else like you do in doubles.”

Post, a longtime local tennis player, relies on those skills in pickleball, a game he’s been playing just for a year and a half.

“I’ve pretty much quit tennis and turned to pickleball now,” said Post. “It’s racket skills for sure. All of the better players in this age group have tennis backgrounds but in the younger groups, that’s not always the case.

“You use forehand and backhand skills, for sure,” continued Post, “but the serve is underhand and not as important as it is in tennis. Doubles in pickleball are big, but the singles game relates closely to tennis, and I like to lean on that experience.”

Redding is head tennis coach at Harding University in Arkansas and won the national championship in 2013 and 2015. The Senior Games holds nationals every other year.

“David is very good and won the U.S. Open last year and some other big tournaments,” added Post. “This was a good win and definitely my best tournament.”

The event was Post’s first national tournament victory. He won the North Carolina title in 2016, which qualified him for the nationals. Post also played in the last U.S. Open and finished third in the second (4.0) division.

NOTES: Following Post and Redding, Roger Bunting took the bronze medal for third place. … Post said that North Carolina had the fourth-best representation in the senior games, all sports combined.