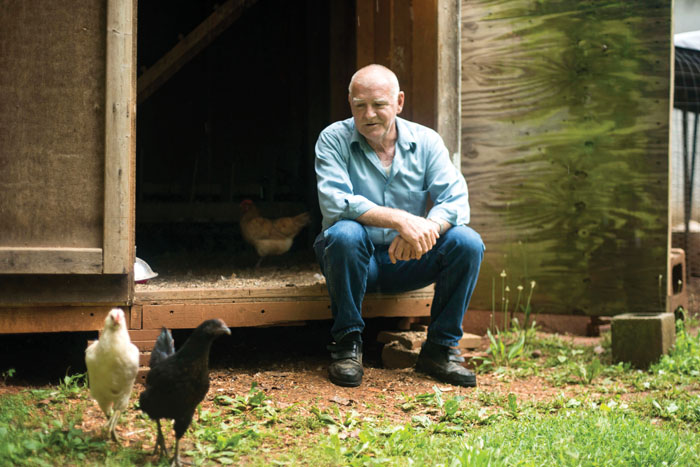 Walter Hubbard has a brood of hens on is property located off Long's Ferry Road. Recently, Hubbard put out a warning to his neighbors that a large red fox was seen running out of the woods after one of his chickens and then 10 of his hens have turned up missing. Jon C. Lakey/Salisbury Post

Walter Hubbard put out a warning to his neighbors last week after seeing a large red fox running out of the woods, chasing one of his chickens. Hubbard said at least 10 of his hens have gone missing recently.

Hubbard’s retirement home, located just off Long Ferry Road, is in the middle of what he likes to call “God’s country.” Hubbard was attracted to the area for its closeness to NASCAR races. Years later, Hubbard still loves the racing scene but also has developed an interest in chickens. He has his own brood of hens, as well as a few roosters.

A former resident of Long Island, New York, Hubbard recalls the first time he set foot on the land he would later call home. As he waited for a real estate agent to arrive, he says, he saw a gray fox running across the property, clutching a meal in its toothy jaws.