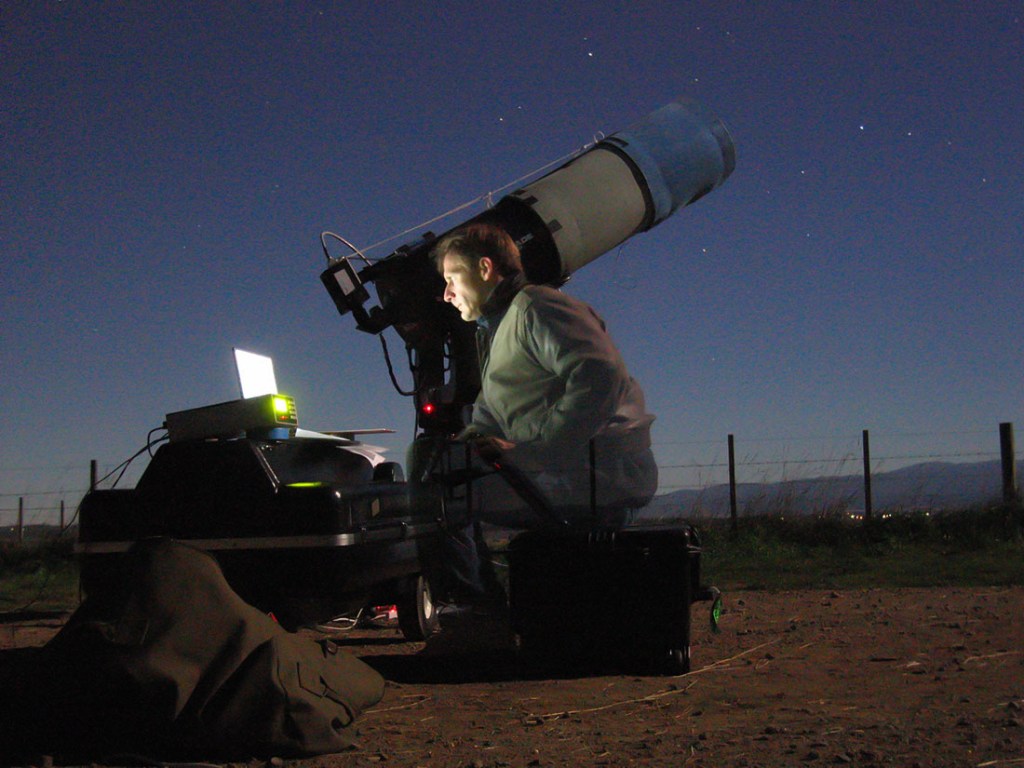 Jeff Regester, instructor of astronomy and physics at High Point University, is pictured on a past expedition in Tasmania. Regester has worked with a group of scientists for more than a dozen years to study Pluto and the Kuiper Belt. A NASA New Horizons expedition takes him to South Africa on Saturday. Submitted photo

Jeff Regester, an instructor of physics and astronomy, is a lead observer on a team that includes scientists from NASA’s Jet Propulsion Lab, MIT, the University of Virginia, Wellesley College, Williams College and Lowell Observatory. Their efforts will focus on determining the size of MU69, an object in the Kuiper Belt.

NASA’s New Horizons probe is known for being the first space craft to explore Pluto in 2015. After its mission was complete, scientists began looking for a potential second mission in the Kuiper Belt, where Pluto and millions of icy objects like MU69 are located. Determining the size of MU69 will allow scientists to adjust course for the New Horizons to perform a fly-by of the object on Jan. 1, 2019.

Regester will travel with a group to an area north of Cape Town, while fellow researchers will travel to locations in Argentina. They will spend several days preparing for an occultation — an event that occurs when one object passes in front of another.

On June 3, MU69 will pass in front of a faint background star seen from the groups’ vantage points. The occultation will last only a few seconds, but the exact length of time that the star’s light is blocked will allow researchers to calculate MU69’s diameter.

“This information will be used to determine midcourse correction thruster burns that will fine-tune New Horizons’ exact path past MU69, as well as camera exposure times and other data collection plans,” Regester says. “Both are crucial to a successful New Horizons fly-by on New Year’s Day 2019.”

Calculating the path for New Horizons must be done months in advance, Regester says, and the Kuiper Belt is important to understanding the formation of the solar system.

Regester has conducted research with the team for more than a dozen years and previously focused on Pluto’s atmosphere. This new adventure is something he looks forward to sharing with students at High Point University when he returns.

“I’m just excited to be part of a team contributing to fundamental discoveries about the history of our solar system,” he says. “It’s a lot fun being in the field and collaborating. Many people think scientists work alone, like Isaac Newton, but today most science is done by groups. It’s rewarding to be part of a group that’s doing interesting work. It’s a collaborative endeavor. I am teaching astronomy in the fall, and you can bet I will be telling my classes all about this.”

Scholarship fundraiser to be held Friday