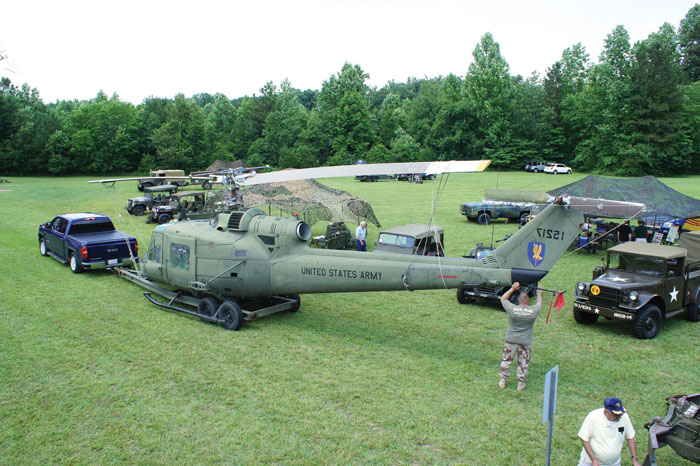 Joel Honeycutt/Salisbury Post An Army helicopter in the field at the Price of Freedom Museum in China Grove.

A joint event by the Price of Freedom Museum and the Piedmont Military Vehicle Preservation Association, the D-Day Remembrance and Persian Gulf War honors all veterans of American Wars.

On Saturday, events and displays include:

• Ride of Pride on display

• Museum will be open all day

“The First Gulf War: The War to Free Kuwait” exhibit at the N.C. Museum of History and the Price of Freedom Museum is open for two days only. The exhibit consists of seven panels, each describing a different aspect of the war to liberate Kuwait in 1991, following the invasion by Iraq.

Michael Chapman, whose brother was killed in Kuwait, chaired a group to raise money for the exhibit, including $100,000 from the Kuwaiti government. Twenty-five years later, the dream has become a reality. A story about the effort to create the display was in the Salisbury Post on Tuesday, May 30: Area man honors late brother with Desert Storm exhibit, http://www.salisburypost.com/2017/05/30/area-man-honors-late-brother-desert-storm-exhibit/ Joel Honeycutt/Salisbury Post Military equipment fills a field near the Price of Freedom Museum for its annual D-Day Remembrance.