New ABC store will put more money back into community 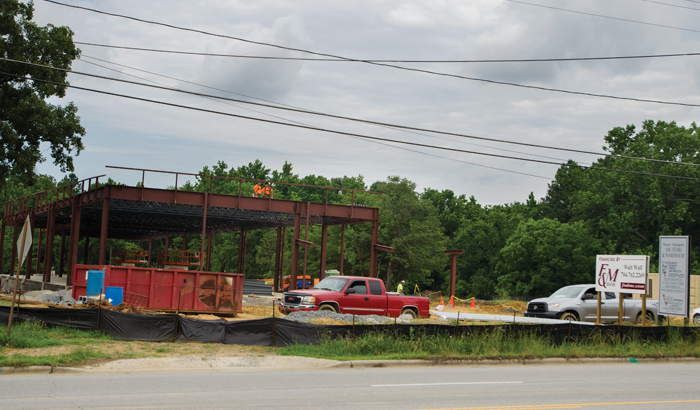 The Rowan/Kannapolis ABC Store is moving across the street on Jake Alexander Boulevard in Salisbury and expanding to ABC store and warehouse and is currently under construction. Kristi Craven/Salisbury Post

The demand for alcohol is increasing, which means the Rowan-Kannapolis ABC system is making more money.

And, since 7 percent of its net profits are used for educational programs, the money is doing more than just helping people have a fun weekend.

Based on that growth, the ABC system plans to build a new store and warehouse to replace a smaller store.

“If you look back over the last few years, the money that we have given to the municipalities far exceeds any time in history,” said Terry Osborne, general manager of the Rowan-Kannapolis ABC board.

The money funds programs such as Last Chance, which lets first-time offenders take classes with Alcohol Law Enforcement agents in order to get a charge expunged from their record.

But in order to earn the most money possible, Osborne said, more warehouse space is necessary.

“So we’re not only building a store about twice the size (of our current one), about 5,600 square feet, but then the warehouse behind (it) will be 3,000 square feet,” Osborne said.

The extra warehouse space will allow the ABC system to take advantage of “buy-ins,” which are essentially large purchases of a product before that product is expected to go up in price.

“Statewide, the prices (for consumers) are the same. So (any extra) profit (we make) … it’s more money that goes out to the municipalities,” Osborne said.

Since Osborne became general manager in 2003, the 7 percent of funds from alcohol sales has helped nearly 140,000 children and young people through the system’s educational programs, he said.

“They did a proclamation in Congress recognizing our program for the efforts that we do in schools,” Osborne said. “So, although you know the system has to run and you have to have the (products) to get the money to give to the municipalities, the 7 percent, I assure you, is going to be given to our efforts for education.”

The 1401 Jake Alexander Blvd. location will remain open until the new store and warehouse are finished. The old store will then be put up for sale.