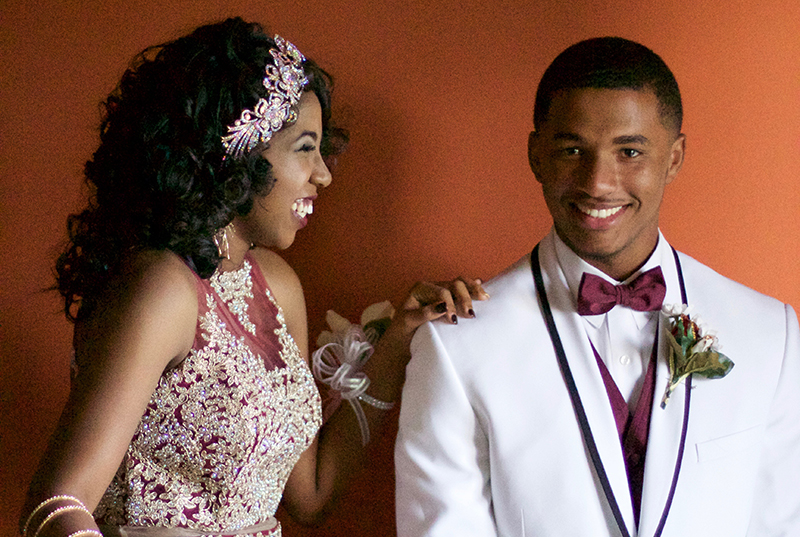 During the last few months, we have heard a lot about collusion, a word that has a negative connotation. Well, there is another “c” word I recently saw at work that had a very positive connotation. It was the collaboration of two men and a teenaged boy who happens to be my son. It was a good thing — and no one was hiding from taking responsibility for their part in the aforementioned collaboration. You see, a close friend’s daughter wanted to attend her junior prom, but her dad would only allow his precious daughter to attend the prom with one young man — my son, Joshua.

Like any good father, Kieron Buford wanted to know the person who would escort his daughter to her first prom. He had to be trustworthy. He had to be honorable. He had to meet dad’s high standard. Joshua got the call and took the assignment, but not before he discussed it with his own father. Josh agreed with his dad that this would be an opportunity to protect and defend a young lady’s honor. And the mission was now underway.

In all candor, the whole situation was awkward at first. Parents calling each other, hashing out details, figuring out logistics. Did I mention Josh lives in Salisbury, North Carolina, and his friend Mykia lives in Virginia? To the women — myself and her mom, Mrs. Buford — this was simply a minor detail to be overcome with good planning.

A request was in for a magnolia corsage. The colors would be burgundy and gold. There were numerous permission slips to be completed, signed, faxed and returned to Mykia’s school. Whew! I’m getting tired just recounting the days that led to prom day. But, Joshua’s dad, Gary, a former infantryman and a pastor, was more than up for assisting in making this plan a reality. After all, Kieron Buford was not only a friend, but also a fellow pastor and veteran whom he loved and respected.

After recently retiring from the Army, I saw my husband tackle this mission with the same vigor as when he was on active duty. He drove his armored vehicle — aka our KIA truck — from the Thread Shed Tuxedo shop to FedEx, to North Rowan High School, to the six-hour drive to Stafford, Virginia. It was nothing less than amazing to witness.

I overheard talks between father and son about honor and being a gentleman — even doing God’s will. This event was elevated to a divine assignment. Now I was beginning to enjoy the thought of how hard these three men — well, two-and-a half — were working to honor God and this young lady as she prepared for prom.

In the end, my good friend Kim, Mykia’s mom, ended up hand-making the corsage (we couldn’t find a magnolia). It was stunning. The kids had a ball and our friendship with the Bufords was strengthened. It was a win for everyone.

What I found inspiring was how the men involved in this event were so focused on caring for their children and making sure everything was done right — down to the last detail. This is something they have always done, but still a beautiful thing to watch.

I thought to myself, we hear so much negativity in the news, I must write about these magnificent men, training up their children in the way they should go. To all the unsung dads out there taking care of their families in obscurity, be reminded that these are the things that really matter in life. And you are the real role models of our day.

Shahnaaz Mason is a freelance writer living in Salisbury. She is a wife, mom, U.S. Army veteran, screenwriter and lover of beautiful beaches. Follow her on twitter at @_ShayMason or email her at thrivingonthehomefront1@gmail.com.