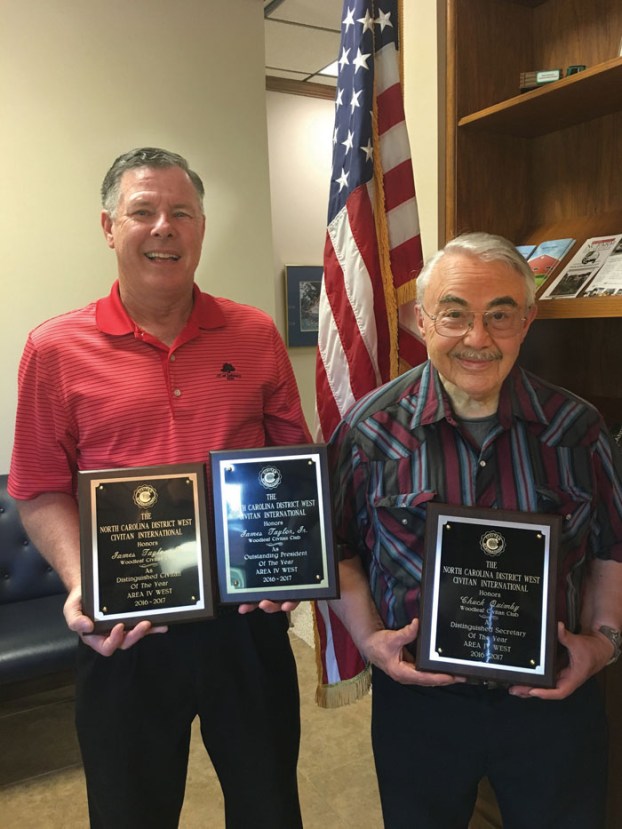 More than 130 homeless veterans were in attendance John Sofley, Area IV West Director, named the Woodleaf Civitans as Club of the 2016-2017 Year, with the highest percentage of growth.

Sofley credited the leadership of Woodleaf Club president James L. Taylor Jr. with the progress. He noted the club’s activities in recruitment and supporting community causes such as Food for Thought through Rowan Helping Ministries, Special Olympics, sponsoring Boy Scout Troop 320 and hosting several events at the Woodleaf Elementary School.

He also named Chuck Quimby as Distinguished Secretary of the Year for the Area, citing prompt reporting of club news and activities.

WILKESBORO — Descendants of Brinsley and Solomon Barnes held their second annual reunion. These early pioneers arrived in North Carolina Indian Territory at the time of the American Revolution and their family accounts for seven war patriots. For more family history, email Barnes.Oxford.Genealogy@gmail.com

The other day, I was on my way down to my optometrist in Yanceyville to get a prescription for some... read more