Mom doesn’t know best, but she has to write about it 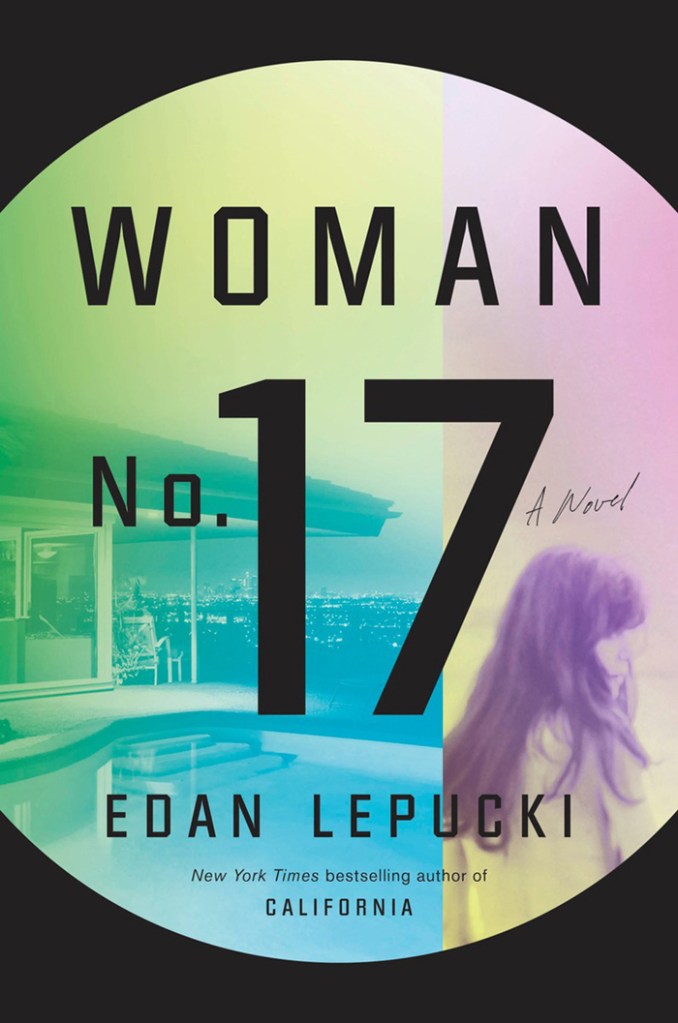 The science is still unsettled, but by now it should be clear to most readers that cancer causes memoirs. In fact, it’s the leading cause of memoirs, followed closely by emotionally unavailable dads and drug abuse.

No one would admit this publicly, of course, but many of us feel like the weary mother in Edan Lepucki’s new novel, “Woman No. 17.” Staring at the blank screen of her laptop, she says, “I was sick of memoirs and the swagger of survivors, the way they mounted the past above the mantel for all to ooh and ah over. “This is a story packed with such wicked and wickedly funny confessions about a host of hallowed subjects.

Lepucki’s debut novel, “California” (2014), imagined a dystopian future of deprivations, epidemics and collapsed government. This time, her heroine faces something more terrifying: child care. Indeed, “Woman No. 17” tastes like a juice box of suburban satire laced with Alfred Hitchcock. Lepucki’s witty lines arrive as dependably as afternoon playtime, but her reflection on motherhood and women’s friendships is deadly serious.

The story comes to us from two alternating narrators. The first is a mother nicknamed Lady. She recently threw her husband out of their fancy L.A. house and published an essay in Real Simple magazine on that hottest of subjects: raising a child with special needs.

As happens too often in the publishing industry, the essay won Lady a contract for a memoir — one she has little interest in actually writing. “I’m blocked,” she admits. “I’m worse than blocked, I’m constipated. No, I’m paralyzed.” Her agent claims the central theme of her memoir is acceptance. “But if that’s the case,” Lady notes, “I shouldn’t be the one writing it.”

From Lady’s point of view, the only positive aspect of getting a book contract is that it allows her to justify hiring a full-time nanny to watch her kids. “Lord smite down the stay-at-home mother who doesn’t actually mother,” she says while craving time away from her sons.

Devin is “a bright and adorable toddler,”and Seth is a typical 18-year-old — except that he has never spoken. His ambiguous affliction is one of the novel’s central mysteries and the abiding sorrow of Lady’s life. “A mother isn’t supposed to regret her child,” she says, “so I won’t.” But trying to write an inspiring memoir while repressing such thoroughly uninspiring thoughts is a path to madness.

To a large extent, Lady’s candor inoculates her from our disdain. Despite the novel’s persistent humor, Lepucki captures the cocktail of love, desperation and guilt that can sometimes poison parents of children with special needs.

This is, among many things, a story about the ways we imagine we hurt our children and the ways we imagine they hurt us. The whole time Lady is procrastinating on the composition of her memoir — “my horrible book” — she’s revealing to us the complicated details of her life that her agent wants her to trim away.

Lepucki, an editor and writer for the online magazine the Millions, desecrates so much sacred ground here that you half expect hellhounds to jump out and tear her to shreds. She creates an uncommonly candid portrait of frustrated motherhood, even while deconstructing the art of memoir with all its contradictory potential to reveal and disguise.

That theme gets reframed in fascinating ways by the novel’s related exploration of portraiture. Years earlier, Lady posed for her sister-in-law for a now famous series of photos. She’s both embarrassed and proud of her sexy appearance in a picture known as “Woman No. 17,” and the novel’s consideration of that image offers an unsettling reflection on parenting, the world’s most image-conscious role.

Lepucki complicates Lady’s anxiety deliciously by introducing a second, alternating narrator with her own very different mother issues. Esther, an art student who was never quite avant-garde enough for her fellow art students, answers Lady’s ad for a nanny and announces that she’d like to be called “S.”

She quickly bonds with little Devin, and it’s pretty clear there will eventually be some late-night bonding with silent Seth. But what she doesn’t disclose is that she’s in the process of creating a bizarre art project: a performance piece that involves re-enacting her own alcoholic mother’s life, bottle by bottle.

Her secret maternal imitation makes a striking contrast to Lady’s life, which has been one long effort to avoid resembling her own mother. But there’s nothing schematic or predictable about the host of mother problems slinking around these pages. Although none of these characters knows the whole story, every one of them — even 2-year-old Devin — knows something illicit that the others don’t. The disclosures that Lepucki engineers in this smart novel are sometimes painful, sometimes hilarious, always irresistible.