Animal hospital will be newest addition to China Grove 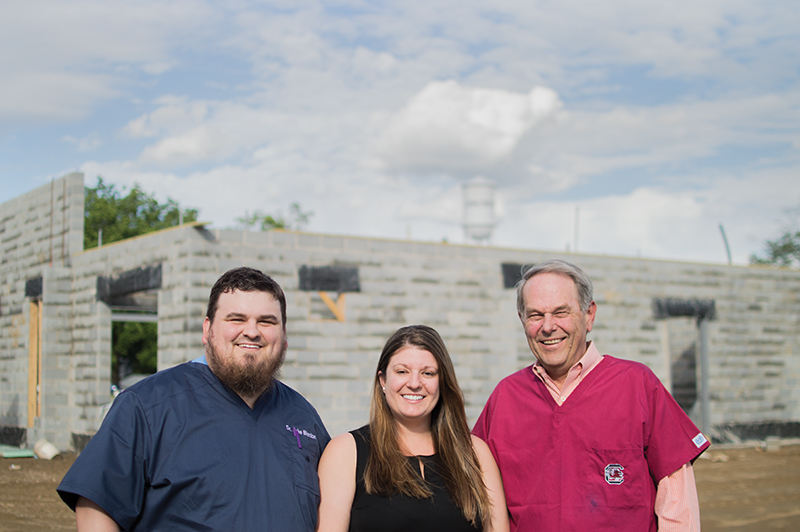 Josh Bergeron / Salisbury Post - Dr. Charles Steinman, right, plans to open a an animal hospital on Main Street in China Grove by the end of this year. Jacob Blanton and Venessa Longobardi will work as the veterinarians at what will become South Rowan Animal Hospital.

CHINA GROVE — This year will undoubtedly be an eventful one for veterinary school sweethearts Jake Blanton and Venessa Longobardi.

In October, Longobardi and Blanton will be married. A few months later, the couple will be setting up shop on China Grove’s Main Street.

“Things have worked well for the last many years, and we’ve got a lot of clients from the south Rowan area,” Steinman said. “So, we knew there was an opportunity there. Because there was the opportunity and because we’ve got two knowledgeable veterinarians, we’ll be opening up a facility in China Grove.”

South Rowan Animal Hospital will sit near the intersection of North Main Street and East Church Street. Steinman said he made sure to get a Main Street address for the business.

South Rowan Animal Hospital also will be on the site of what was formerly a location of Cannon Mills.

Blanton, from South Carolina, said he and Longobardi, from Florida, met in veterinary school — both received their degrees from Ross University School of Veterinary Medicine in St. Kitts, which is in the Caribbean.

“I used to annoy her in anatomy lab,” Blanton joked.

Both said they’re excited about the opening of the animal hospital.

“It’s new and we’ll be able to extend all of our practice to this area of Rowan County,” Longobardi said.

He said veterinarians from other branches may cover for Longobardi and Blanton on days off or vacations.

He said the couple will be “the face of” South Rowan Animal Hospital.

“They’re both very good with people,” Stainmen said. “They can talk to people, and that’s just paramount above everything else.”

Lately, wet weather has slowed construction, but Steinman said he hopes to have the the animal hospital operational by December.

Cheerwine’s 100th anniversary, by the numbers