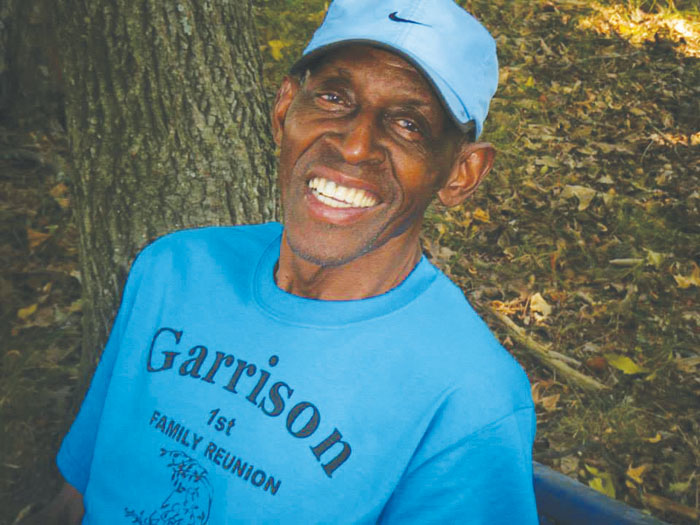 Facebook photo ... Lawson Garrison, now 82, broke the baseball color barrier in Salisbury on May 28, 1960, when he was the winning pitcher in a game for the Salisbury Braves.

EAST SPENCER — He’s always been good at fishing, hunting, talking and singing, but there also was a time when 82-year-old Lawson Garrison possessed a curveball that was the envy of his teammates on the Salisbury Braves.

On May 28, 1960, 57 years ago today and 13 baseball seasons after Jackie Robinson changed the world with the Brooklyn Dodgers, East Spencer’s Garrison, all 5-foot-7 and 153 pounds of him, broke the color line for professional baseball in Salisbury.

Salisbury’s experience in pro baseball can be traced back to the Salisbury-Spencer Twins of 1905, but 55 years later, when Garrison took the mound for the Braves in the eighth inning of a Western Carolina League game at Newman Park against the Rutherford County Owls, he was a ground-breaker.

“I was the first black guy to play for Salisbury,” Garrison said. “I’m still proud of that.”

Garrison opened the door for others to follow. In 1961, black California teenager Aaron Pointer would be assigned to Salisbury and would bat .402 in an epic season that has yet to be erased from the minor league record books.

The 1960 baseball came close to not happening in Salisbury. A proposed revival of the Western Carolina League lacked backing from the National or American League and was counting on a third major league  still in the planning stages — the Continental League  — for financial support. Branch Rickey, instrumental in Robinson getting his shot with the Dodgers, was the Continental League’s president, so the new league enjoyed some credibility.

Rickey had talked to a group of prospective black pros in the South in the 1950s. That group included Garrison.

“He told us to listen to our coaches and to not talk too much or complain too much,” Garrison said.

In the spring of 1960, Lexington, Hickory, Newton-Conover, Shelby, Rutherford County, Statesville and Gastonia were in the same boat as Salisbury, which hadn’t had fielded a pro club since 1953.  The towns were eager for pro baseball but had limited resources.  The season was supposed to start in April, but it didn’t. When May arrived, Salisbury still had no manager, no players and no nickname.

Catawba’s Harvey Stratton signed on as interim player/manager until a full-time manager (it would be Larry Taylor) could be hired. It was decided that the team’s nickname would be the Braves, as Salisbury’s parent club in the Continental League was slated to be the Jacksonville Braves.

As far as the roster, all the Salisbury players would be locals. Stratton announced a tryout camp at Newman Park.

“I’d started playing baseball about the time I could walk and kept playing when I was in school at Dunbar,” Garrison said. “But my mom was working hard to raise six of us, so I quit school and got a job.”

As a youngster, Garrison had visited Newman Park to watch black barnstorming teams. In the fall of 1951, the all-white Gil Hodges All-Stars and the all-black Roy Campanella All-Stars had stopped off for a game at Newman Park on their way to Charlotte. Local hero Clyde Kluttz had caught for Hodges’ team. Hank Thompson and Gene Woodling belted home runs, and the clubs battled for nine innings to a 2-all tie.

“I was a bat boy for one of those barnstorming games, and they gave me some cracked bats,” Garrison said, smiling at the memory. “I met Whitey Ford and Joe Black that day.”

Garrison played semi-pro ball with East Spencer’s famed Royal Giants and people knew about Garrison’s talents as a shortstop as well as a pitcher. When the Salisbury Braves tryouts were announced, Garrison was urged by his friends to attend.

“I had a good job then working for Duke Power, but my boss wanted to take me out to Newman Park, so I went,” Garrison said. “They told us at the end of the workouts every day they’d call out the names of the guys who were cut. If you didn’t hear your name, you were supposed to come back again. I listened. They never called my name.”

Garrison made a 16-man roster that included Catawba standouts and local heroes. There was second baseman Jack Turney, one of the league’s top hitters, and  third baseman Paul Roberts, a legend from the 1955 Salisbury American Legion team that went to the World Series. There also was Salisbury’s Jim Bassinger who had won 21 games for his Air Force team. The player who had the longest distance to drive to Newman Park was Kannapolis catcher George Suggs.

His teammates quickly nicknamed Garrison “Smokey,” but he took the high road, looking at it as a term of affection, rather than derision.

“I had no problems with any of my teammates,” Garrison said. “They lo0ked out for me, protected me on the road, and there were places like Statesville and Gastonia where they’d bend my ears yelling names at me in the bullpen. Bassinger and Roberts would give me rides home from the park.”

The belated season finally started on May 25. A ticket for opening night cost a buck. Season tickets were sold for $20.

Salisbury quickly established itself as one of the league’s top teams.

Garrison’s debut came on May 28, when he followed Buddy Barger and Benny Cook to the mound with Salisbury trailing Rutherford County, 6-5, in the top of the eighth. The bases were full when Garrison threw his first pitch. On his second pitch, he got Salisbury out of a jam with a weak fly ball to left field.

Bill Earnhardt, who had starred at Rockwell High, got the hit that tied the game in the bottom of the eighth.

Garrison got Rutherford County out with no issues in the ninth and then he set the Owls down 1-2-3 in the 10th.

A week later, Salisbury would sign a second black player, a first baseman named Johnny Henderson. Henderson only lasted two games with the club, but Garrison would be instrumental in a season that would end with a second-place finish in the regular season and a championship in the playoffs. Salisbury would add important players as that season unfolded, such as Frank’s brother, Whitey, and Kannapolis slugger Leroy Scercy. The wins piled up.

“Besides the six wins, I had a lot of saves, only they didn’t keep track of saves then,” Garrison said.

The secret to his success was a marvelous curveball. Garrison only struck out 15 that season, but he also allowed only two homers and opposing hitters batted under .200 against him.

“I had my curveball and I had my brain,” Garrison said. “I couldn’t throw as hard as some of my teammates. like Gary Henson, but I remember (long-time MLB player and manager) Bobby Bragan telling me that the greatest weapon any pitcher has is his head. He was right about that.”

Officially, 1960 was Garrison’s only season in professional baseball, but there were hundreds of games in dozens of cities on the semi-pro circuit. His travels took him to California and Alaska, but he eventually found his way back to Rowan County and his large family. Garrison is the father of 11. He’s been  married for a long time to his wife, Carnell.

He’s had life-changing experiences along the way. Nearly dying in a quicksand bog while rabbit-hunting on a Sunday morning reinforced his faith, made him swear off his vices, and increased his devotion to helping people.

He preached his first sermon at the Word of Life Family Center when he was in his 70s.

Still driving, motoring around town in a car the size of a tank, Garrison is aging with grace, humility and a strong singing voice.

Garrison is still good with his hands, although his youthful days of baling cotton have given way to being a master gardener.

His right hand also used to hold a mean curveball.  And being Salisbury’s first black pro baseball player is something no one can ever take away.