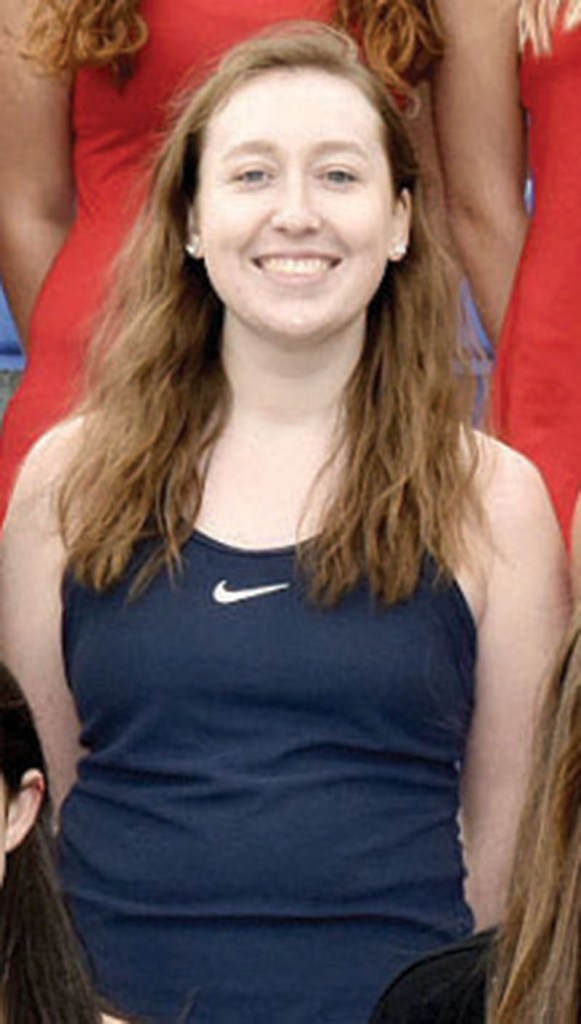 CHINA GROVE — Carson senior Margaret Correll took up tennis relatively late  — as a student at China Grove Middle School — but she’s made up for lost time with practice and dedication.

“I know a lot of the best players started when they were like 5 years old,” Correll said. “But I love tennis and I try to work hard at it. I’m excited to get a chance to keep playing in college.”

Correll will play next season at Brevard College, a scenic school 33 miles from Asheville. Brevard has competed in the Division II South Atlantic Conference in recent seasons with little success, but the Tornados will be moving down to Division III this fall. Correll should provide a boost for the program.

Correll was just looking for a new sport to try as a China Grove sixth-grader. She thought tennis might be fun.

Progress came via baby steps for a while. Even as a Carson freshman and sophomore, Correll was relegated to the exhibition matches, but she kept plugging away.

“I’ve got a pretty good backhand and my forehand is OK,” Correll said. “But my volleys needed work.”

As a junior, Correll made her first impact for coach Keri Holman’s Cougars, competing in matches at No. 5 singles and No. 3 doubles.

The big leap forward would come for Correll between her junior and senior seasons.

“Margaret is extremely dedicated,” said teammate Emily Sloop. “She went to a lot of clinics last summer and really worked on her game. You could see the difference in her right away.”

As a senior, Correll played No. 3 singles for the Cougars and teamed with Sloop at No. 1 doubles. Both had tremendous seasons that put them on the All-South Piedmont Conference and All-Rowan County teams.

“The biggest improvement I made as a senior was communicating with my doubles partner,” Correll said. “And I got better at the mental aspects of the game.”

The Correll/Sloop doubles team was at its best late in the season, winning three matches in the South Piedmont Conference Tournament before losing to a pair of Concord freshman phenoms in the tournament final at Concord’s Myers Park.

“Margaret was insanely competitive,” Holman said. “She played with so much heart and spirit, it was incredible to watch. She had a fire and desire to win like no one else on our team. She was consistent and loved to keep the ball in play.”

That stellar SPC tournament performance qualified the Carson girls for the 3A Midwest Regional. They won their first-round regional match there before losing to a duo from dual team state champion Marvin Ridge.

“Reaching the tournament final and winning a match in the regional were just icing on the cake for a great season,” Sloop said. “We just decided to go all-out, to work as hard as we could and go as far as we could. Margaret stayed very calm and collected through it all.”

Carson went 8-5 for the season, with a first-round playoff loss at Asheville. The Cougars were 6-3 in the SPC to tie for third place. Correll was a big part of all that success.

“She was always the voice of reason, bringing everyone together,” Sloop said of the Cougars’ only senior. “She wasn’t just a teammate. She was almost like a team mom.”

Besides being a good tennis player, Correll is a talented artist and an excellent student who is receiving academic scholarships.

She hadn’t thought about Brevard as a potential destination until she attended a college fair in the fall that was hosted by Catawba. The Brevard folks at the fair were friendly and welcoming. That led to a tour of the campus, a meeting with the head tennis coach and an invitation to be part of the program.

“I’m so proud of her and the fact that she took the initiative to play at a higher level next year and continue her tennis career because it’s something that she loves and is honestly passionate about,” Holman said.  “She’s going to do great things in the future and I can’t wait to watch her grow.”