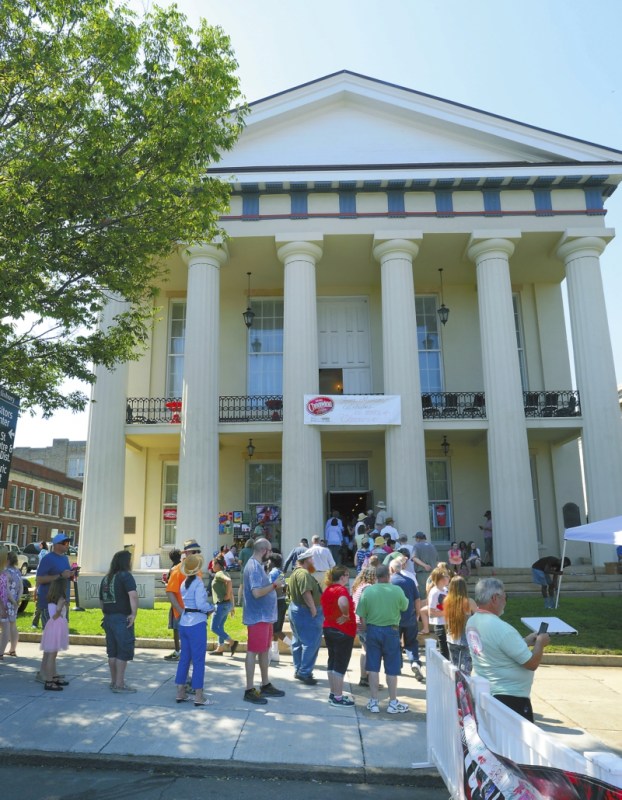 There was a line all day at the Rowan Museum to see the Cheerwine Exhibit. . photo by Wayne Hinshaw, for the Salisbury Post

Laurels to bigger supplements for educators in the Rowan-Salisbury School System, a step long needed to make the pay here more competitive.

County commissioners are looking at a 2017-18 budget that would raise the average principal supplement from $7,580 per year to $11,491, slightly above the $11,204 average found in a pay study the school system conducted last year. The boost would cost the county $180,000 per year and, one hopes, slow the turnover Rowan-Salisbury has seen in principals. Assistant principals would get a boost, too, at a cost of $62,000.

Raises for administrators may not be popular, but principals set the tone and pace for their schools. Attracting and keeping successful leaders is critical to schools’ success — and challenging. The study surveyed 12 school districts near or comparable to Rowan-Salisbury. Unfortunately, the county also competes with larger and more wealthy counties for top educators.

Dart to the vandal or vandals who added a sour note to the Come Tickle Our Ivories public arts project over the weekend. On Monday morning, one of the uniquely painted pianos stationed downtown was found tipped over in front of a smashed window on South Main Street. For the third year in a row, organizers put their trust in the public when they placed the pianos where anyone could take a turn at the keyboard, 24 hours a day, seven days a week. Mary James, the maestro of this project, said she’s followed public pianos for nine years and never heard of one being vandalized. The overwhelming response to the pianos has been positive. Curses on the vandals. Now, let the pianos play on.

Laurels to the phenomenal success of Cheerwine’s Centennial Celebration on Saturday. People came amazing distances to savor the flavor of the Salisbury softdrink in its hometown. Unofficial crowd estimates are in the range of 10,000 to 12,000 people. Others say it was more. Suffice to say more people packed into two blocks of North Main Street that day than ever, or at least in recent memory. The people at Cheerwine put on a good party, and they got enthusiastic response. People really do love their Cheerwine. Meanwhile, the community benefited by having a chance to prove to thousands that Salisbury is more than a stop on Interstate 85.

By Betty Jo Hardy Special to the Salisbury Post It may have been the hottest day we have had so... read more