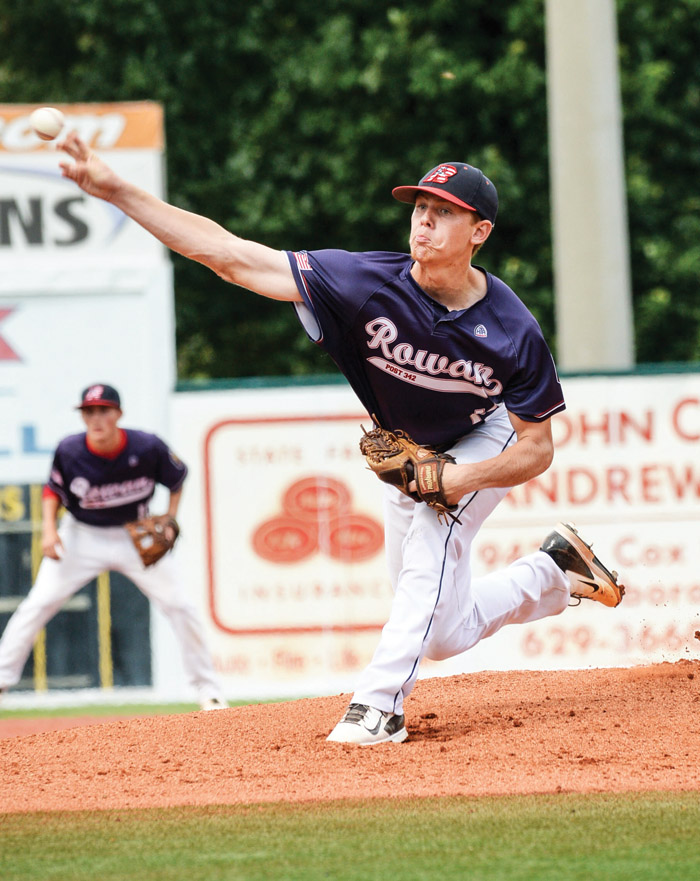 SALISBURY — It’s been a hallowed tradition in Salisbury since 1936, and another Rowan County American Legion baseball season is scheduled to open tonight (7:00) at Newman Park against High Point.

The plan is for the new season to begin with a ring ceremony commemorating the joy of the 2016 Southeast Regional championship. That team went on to finish second in the World Series, of course, but memories of a 12-inning loss to Texarkana, Arkansas, in the title game in Shelby  bring at least as many tears as smiles.  Recollections of that grueling game will bring conflicting emotions to the players and coaches who were part of it for the rest of their lives. One more hit, one more play, one more pitch, and Rowan would be the defending national champion.

But tonight brings a fresh start and new dreams.

Jim Gantt, head coach since 2001, returns for another summer. His Hall of Fame record speaks for itself. No Legion team in the country will be better coached. Seth Graham returns as second in command and in the third-base coaching box. Mark Cauble returns as team manager and Voight Basinger as athletic director.

Rowan was 41-13 last season and had one heck of a finishing kick, going 31-6 after June 19 and taking fans on a wildly successful ride. Those last two months Rowan seemed to win every night.

Ten of the final 18 from last season are eligible to return, so it’s not going to be an easy team to make.

Lankford is still eligible but will be resting a shoulder injury this summer, as he prepares for college baseball. Gantt said Cauble has had a change of residence. He may be playing against Rowan this summer.

College pitchers Brandon White (Belmont Abbey) and Noah Gonzalez (Guilford Tech) are still eligible. White, a 2016 North Rowan graduate, was 7-1 for Rowan last summer. Gonzalez was 3-0 on the bump last summer and has enough speed to be used in the outfield or as a pinch-runner.

Tanner File, the starting second baseman last summer and a 2016 East Rowan graduate, hasn’t been playing college ball, but he’s back with the Legion team and could surprise people all over again. File hit .277 in the summer of 2016 with 30 RBIs.

Lee Poteat, last summer’s starting right fielder is back with the Rowan squad after a great freshman season at St. Andrews where he batted .396 with 18 extra-base hits and 37 RBIs. Poteat reached base in almost half his college at-bats and stole 14 bases. Rowan’s cleanup hitter, Poteat was devastating offensively and defensively and on the bases (36 steals) and was named the Area III Player of the Year. He hit .426 with 52 RBIs. He was second on the Rowan club in runs scored and RBIs.

Owen, who has signed with Pitt Community College,  just finished an unbelievable high school season in which he batted over .300 while playing five positions and posted an ERA of  0.65. He won six games on the mound for Rowan in 2016 and started two games in the World Series.

“He’s had some tendinitis, but it looks like he’s going to be fine and he’s already been doing some work in the bullpen,” Gantt said. “He should be good to go.”

Blackwelder hit over .400, with power, for East this high school season and was fantastic as Rowan’s leadoff man last summer. He batted .369 and scored a team-high 64 runs while pounding 24 doubles and stealing 24 bases. Blackwelder’s best defensive position is center field, but Gantt is considering using him some in the middle infield. Blackwelder has signed with UNC Pembroke, and it’s possible that he could become a second baseman in college.

Atwood, who is headed to Catawba, batted .321 with 31 RBIs as Rowan’s primary catcher last summer and produced the hit that decided the state-championship game. The lefty-hitting Walton, who signed with Mars Hill, was Rowan’s top DH last summer and hit .339 with 49 RBIs. Atwood and Walton both hit well over .300 for West’s Falcons this spring. Walton isn’t limited to DH. He’s an infielder with experience at third, first and second base. He also can pitch. He throws hard and saved four games last summer.

West Rowan’s Brett Graham, a Belmont Abbey signee, returns after serving as a relief pitcher and starting games at shortstop and second base last summer. He may be Rowan’s starting shortstop. Offensively, he’s a patient lefty hitter who draws a lot of walks.

East Rowan’s Hayden Setzer had a limited role on the 2016 Legion team, but after a breakout junior high school season as a hitter and pitcher (he batted over .300 while winning seven games), the tall lefty could be prepared for a big summer. His older brother, Luke, is Catawba’s right fielder and was the South Atlantic Conference Player of the Year.

The final two cuts last season could be important this summer. West Rowan’s Pearce Wilhelm, a strong-armed pitcher and catcher, is headed to Catawba. Lefty pitcher/outfielder Joe Harrison is headed to Belmont Abbey and recently was named Central Carolina Conference Pitcher of the Year. Harrison struck out 91 batters for North Rowan.

There are a host of newcomers trying to make the team.

The biggest surprise has been Henderson Lentz, the North Rowan basketball star who came out for the Legion team for the first time. The lefty hit .475 in high school ball this spring. Lentz gives Gantt another option in the outfield and on the mound.

“If we move Blackwelder to the infield, that could open up center for Lentz,” Gantt said. “He can run and he’s looked good out there.”

Southern Rowan again will not be part of the Senior Legion picture. Carson outfielder Brycen Holshouser is trying to make the Rowan team.

“We’ll have to pitch and play defense, but we can have a pretty good team,” Gantt said. “As far as doing the kind of things we did last year, that’s hard to say. What happened last summer is not something I saw coming last May.”