Yesterday: An aerial view of the Catawba College campus in 1974 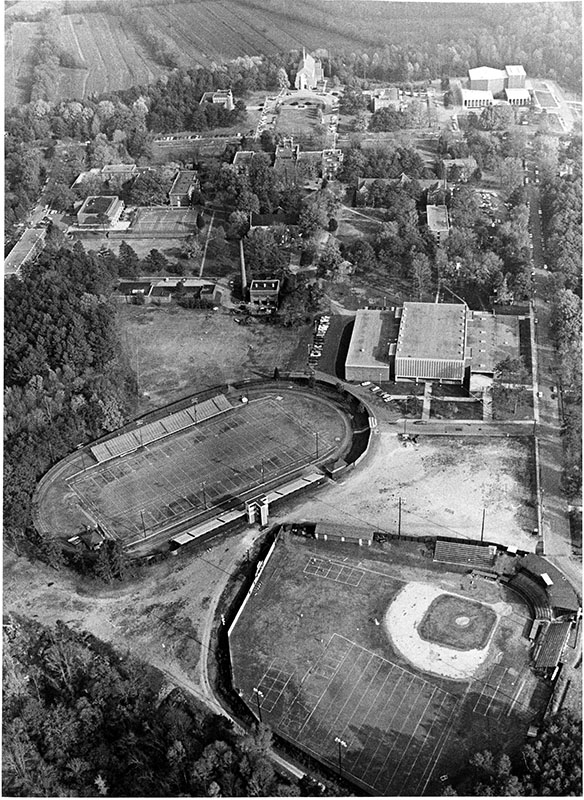 This photograph from the Salisbury Post files gives an aerial view of the Catawba College campus in October 1974, which explains why the lines on the football field are marked, and it looks as though the outfield at Newman Park possibly served as a home field for field hockey, though that’s just a guess. Goodman Gymnasium stands as it does today near the football stadium and Newman Park, though major improvements have been done to all the athletic fields and facilities in this whole area. The Ketner School of Business did not exist in 1974. Today it is located to the left of Goodman Gym and above the football stadium. You can see the old tennis courts which used to be in back and to the left of the Administration building. Omwake-Dearborn Chapel and Keppel Auditorium are visible at the top center and right of the photograph, respectively, but note there is no Center for the Environment between those those buildings, as there is today. Overall, you realize the dramatic changes made to the campus over the past 40-plus years.