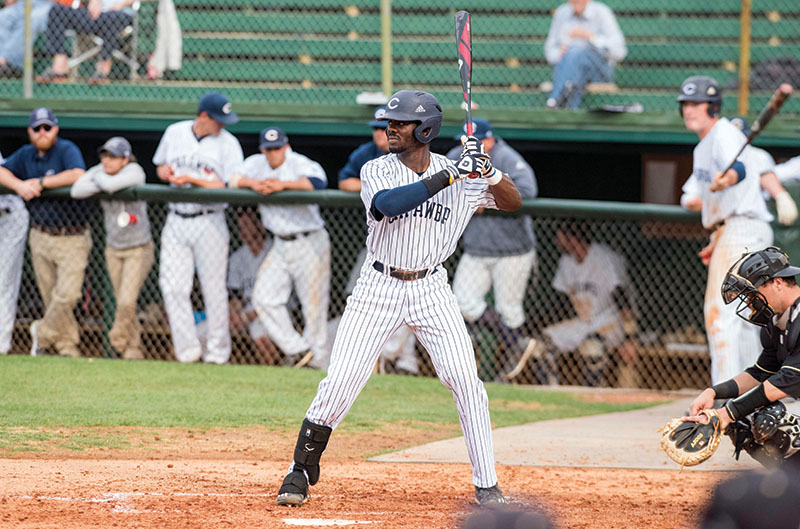 MOUNT OLIVE — Starting pitchers Nick Coble and Bryan Ketchie gave Catawba’s baseball team a chance on Sunday, and the Indians took a pair of victories in the Southeast Regional at Mount Olive.

After losing Thursday’s opener, Catawba has survived three straight elimination games in the double-elimination event. Catawba knocked out USC Aiken on Saturday, ousted Lincoln Memorial, 8-2, in Sunday’s early game, and then held off the top-seeded host team, 6-5, in a grueling nightcap.

Catawba will play at 11 a.m. today against North Georgia and will have to beat the Nighthawks twice in order to advance to the Division II World Series that will be held in Grand Prairie, Texas, on May 27-June 3. Lefty Russ Weiker, who pitched very well on Thursday, will take the ball for the Indians in the first game today.

Gantt was on the top step of the dugout early in Sunday’s opener, as the hard-throwing Coble, usually a reliever, walked four batters in the first inning, uncorked a run-scoring wild pitch, and plunged the Indians into a quick 2-0 hole.

“Sure, we had to consider taking him out,” Catawba coach Jim Gantt said. “But you have to think about who are you going to replace him with. We knew Nick’s velocity was the best matchup we had against Lincoln Memorial. Then he found his changeup and started throwing it for strikes, and he was really good the rest of the day. (Catcher) Zac Almond called a great game for him.”

Catawba trailed 2-0 until the fourth. The Indians got three runs in that inning. A bloop single by Jackson Raper tied the game, and Jeremy Simpson’s hit up the middle put Catawba in front to stay.

In the fifth inning, lefty slugger Malachi Hanes drilled a homer to right field with Chance Bowden and Almond on base. That was the key blow and pushed Catawba to a 6-2 lead.

“They’d brought in a left-hander to pitch to Hanes, but it was a guy we thought he could handle,” Gantt said. “And he did. Just a huge home run. It not only gave us a lot of momentum the rest of the game, it quieted down their dugout.”

Fourth-seeded Catawba made it 8-2 in the sixth when Luke Setzer tripled home a run and slid home on Kyle Smith’s sac fly.

Coble struck out eight batters before exiting in the seventh. Michael Elwell relieved and kept seventh-seeded LMU (35-19) off the board the rest of the way.

Ketchie, a freshman from West Rowan, had struggled late in the season, but he came through with a strong outing against a Mount Olive team that was ranked No. 1 nationally earlier this month.

Ketchie shut out the Trojans the first four innings, as his teammates built a 6-0 lead.

“Ketchie’s fastball had a little more velocity today and his changeup is always good,” Gantt said. “He’s been working on a cutter, and that pitched helped him today.”

Simpson doubled to ignite a two-run bottom of the first for Catawba (40-16).

The Indians made it 6-0 in the third when Hanes walked, stole second and came around on Jacob Nester’s double.

After that, it was a matter of hanging on. Left fielder Bryce Fowler made two critical defensive plays. He went above the fence to take away a home run and he made a running catch in the left-center alley.

“Fowler saved us three runs,” Gantt said. “The catch above the fence was unbelievable. It’s not a play he could have made if he wasn’t 6-foot-5.”

Mount Olive (48-10) scored two unearned runs in the fifth to break through against Ketchie. He lasted into the seventh, an inning in which Mount Olive scored two more runs before Cody Fitch got the elusive third out.

Bryan Blanton pitched the eighth and ninth and earned his 14th save. Blanton allowed one run in the eighth, as the Trojans got within, 6-5, but he struck out the side.

Then Blanton retired Mount Olive 1-2-3 in the ninth to send the Indians into the championship game. Simpson fielded a groundball for the final out.

Catawba will be trying to qualify for its third World Series in the last six seasons today. The Indians made it in 2012 and 2015.