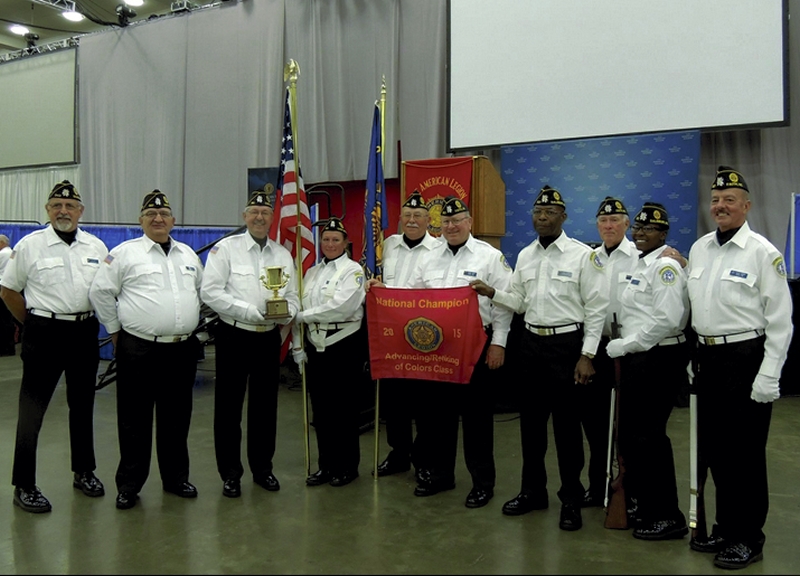 American Legion will recognize Rowan County Veterans Honor Guard as best in state in a ceremony June 9 in Raleigh.

The Rowan County Veterans Honor Guard is made up of 16 active members who attend regularly.

Our primary function is to honor our deceased veterans with Military Honors. In 2016 we conducted 276 services. This entails working with all branches of the military, providing volleys of rifle fire, folding and presenting the American Flag and playing taps when necessary.

During the year, we also were invited to the Price of Freedom Museum in China Grove to teach flag etiquette to all fifth grade students in Rowan County public schools. We also presented colors at senior graduation programs at a local high school and Rowan County Early College.

We took part in planning Memorial Day services at the VA National Cemetery, including members posting Memorial Wreaths, rifle volleys and taps. We also held the ceremony at The National Cemetery for the Vietnam Veterans 50th Anniversary and the Flag Day Ceremony for the city of Salisbury.

We held special flag presentations at local retirement centers and schools for Veterans Day, and presented colors at a Veterans Appreciation dinner honoring all veterans in nearby counties.

We posted and retrieved colors for Boys’ State opening and closing ceremonies at Catawba College.

We formed a drill team and entered the American Legion Posting and Retrieving of colors competition in Cincinnati, Ohio in August to defend our National Champion title from 2015, but sadly we took a second place finish, losing by only .8 of a point.

During 2016, our members worked a collective total of 15,080 hours and logged 58,886 miles volunteering. These individuals are caring and dedicated to service in our community and as fellow citizens.