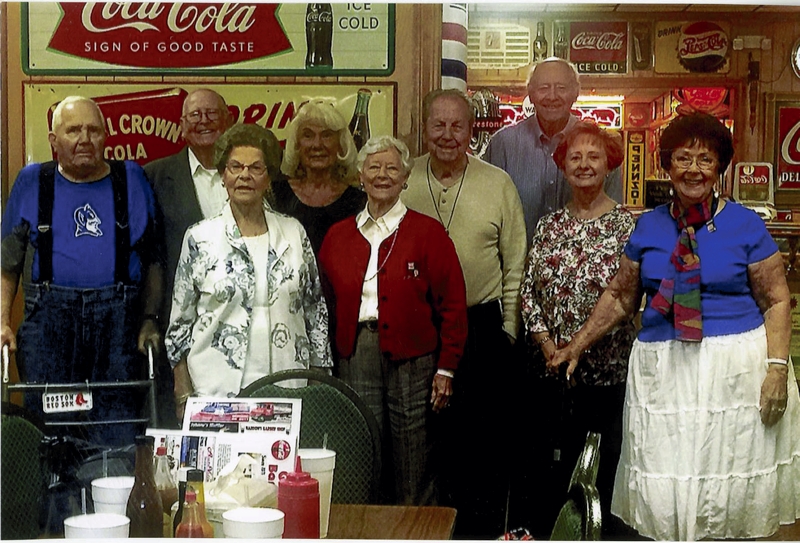 The reunion of the China Grove High School Class of 1949 was held on April 26, 2017 at Gary’s BBQ in China Grove. The group assembled at noon and acting class president Loyd Hill conducted the program, giving class members and guests the opportunity to share news and events in their lives.

Mr. Hill announced that he had attended the funeral of the original class president, James Cress, in March. The class membership — originally 51 — has dwindled to only 14.

A novel by author Loyd Hill was won by Arletta Michael Kluttz in a drawing. The meals arrived and Roy Morris, class treasurer, gave the blessing of the food.

Members enjoyed chatting for nearly an hour and a half as they enjoyed the fellowship. It was agreed that we meet again in early November of this year.

We were pleased to have our Class Mascots, Revonda Crowe and John Parnell, and John’s wife Patsy Parnell. John Sifford’s guest, Becky Sifford, was our wonderful photographer and took photos as we mingled and chatted.