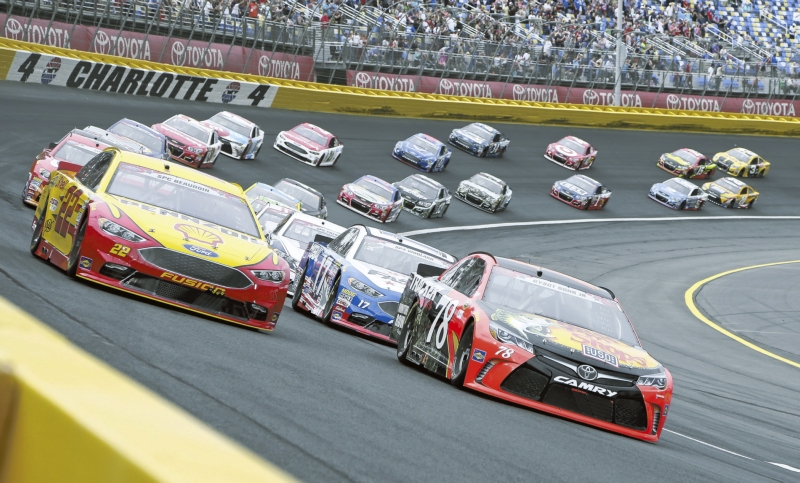 DAYTONA BEACH, Fla. (AP) — The longest race on the NASCAR schedule will now be one of the most valuable.

NASCAR on Monday said the Coca-Cola 600 will be split into four stages when it is run at Charlotte Motor Speedway on Memorial Day weekend.

At 600 miles, the race is the longest by 100 miles over anything else on the NASCAR calendar and is considered a crown jewel event of the season.

By splitting it into four stages of 100 laps apiece, NASCAR has increased the points value of the event.

Marcus Smith, president and chief operating officer of Speedway Motorsports Inc., said the challenges of the 600 should include a higher reward. All other races this year have had three stages, although points were awarded for the qualifying races before the Daytona 500.

“Three stages for the 600 really doesn’t seem like enough when you compare it to the other events,” Smith said. “The promoter in me feels like this makes sense, to treat one of the biggest events in the sport as a crown jewel is important.”

Smith also noted that the Sunday of Memorial Day weekend is the “the biggest day of motorsports in the world,” as it kicks off with Formula One at the Grand Prix of Monaco, followed by IndyCar and the Indianapolis 500. The day closes at Charlotte Motor Speedway with the 600.

“It is a very significant day and there is a lot to be said for building on that significance and making the 600 stand out,” Smith said.