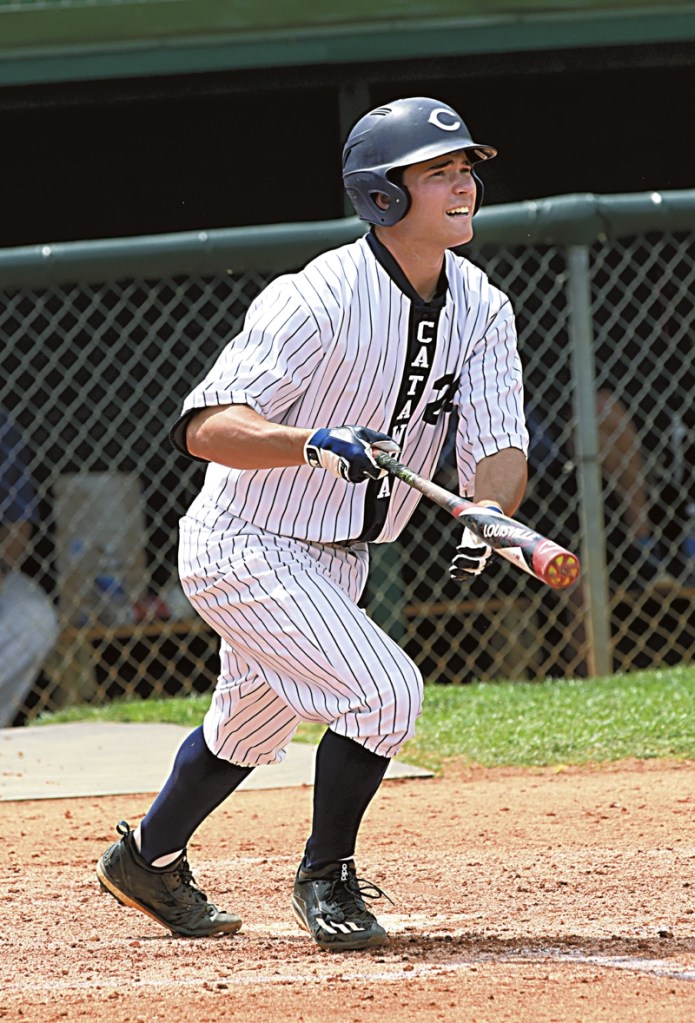 Catawba second baseman Kyle Smith, shown during an earlier game this season against Brevard at Newman Park. Smith had two hits on Thursday night against UNC Pembroke in the NCAA II Southeast Regionals, but Catawba fell to the Braves, 6-2. The Indians will play again on Saturday ... WAYNE HINSHAW FILE PHOTO/FOR THE SALISBURY Post

MOUNT OLIVE — Catawba’s baseball team dropped its opener in the double-elimination Southeast Regional and won’t have a chance to do something about it until Saturday afternoon.

The victory for the fifth-seeded Braves (41-15) sets up a winners bracket contest with top-seeded Mount Olive (47-8) this afternoon at 3 p.m. The fourth-seeded Indians (37-16) will not play again until Saturday afternoon when they face the loser of tonight’s late contest between second-seeded North Georgia and third-seeded USC Aiken. Both of those teams won their first-round games.

UNCP has won seven of its last 10 meetings with Catawba.

Luke Setzer, Kyle Smith and Bryce Fowler had two hits each, but Catawba was held to seven hits.

Burke won for the seventh time in his last eight starts and struck out five. He retired the last eight Catawba hitters in order. He’s the first UNCP pitcher since 1974 to post 11 wins.

Lefty Russ Weiker (4-4)  pitched well for Catawba. It was a 1-all game until Buffkin launched his decisive homer on Weiker’s 0-and-1 pitch. Weiker allowed three runs and five hits in seven innings.

Reliever Connor Johnson allowed a bases-clearing double to Drew Beaver with two men out in the eighth.

Both teams scored a run in the first inning.  Setzer singled and scored for the Indians on a double by Smith that was lost in the sun.

Trailing 3-1 in the seventh, Catawba picked a run on Nick Coble’s sacrifice fly. Hits by Fowler and Malachi Hanes set up the sac fly.