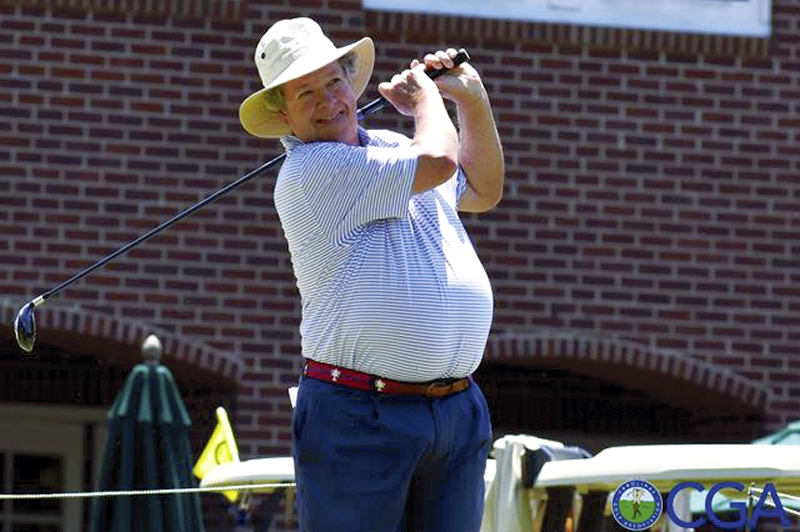 SALISBURY — The 32nd North Carolina Senior Amateur Championship moves into its final round today at the Country Club of Salisbury.

Paul Simson of Raleigh holds the same five-shot advantage that he owned to begin the second round on Wednesday. The 66-year-old sits atop the leaderboard at 8-under 136 through two rounds.

Having scored 64 on the Donald Ross layout Tuesday to open the championship, Simson found trouble off the tee on Wednesday. “I did not hit the ball quite as well, I got in a few fairway bunkers that caused me a few problems,” said Simson.

Simson’s game plan for Thursday’s final round is simple — fairways and greens. “I have to hit good tee balls, get the ball on the green and make a few birdies, just put a lot of distance between me and the rest of the field,” he said.

If Simson wins today, it will be his ninth N.C. Senior Amateur title and 33rd overall CGA victory.

Salisbury’s Andre Resner moved into the top 10 on Wednesday by shooting an even-par 71, following a 75 during Tuesday’s first round.

Resner is tied with three others golfers for 10th place, 10 strokes behind leader Simson.

The only other competitors under par through 36 holes, Keith Waters of Raleigh and Macon Moye of Pinehurst, are Simson’s closest competitors at 1-under 141.

Doug Owens, of Albemarle, started the day four-over-par, tied for 20th. A clean scorecard containing four birdies jumped him 16 spots to fourth at 142. Owens’ 67 was an eight-shot improvement from the first round.

Starting on No. 10, Owens was three-under when an unconventional par save on the 18th kept his momentum. After hitting the ball roughly 40 yards off the tee, he responded by using a 6-iron to advance the ball, then a dialed-in 8-iron from 140 yards to help make an up-and-down par.

“That made my round,” said Owens. “Putting was all the difference in the world. I did not have any confidence in the one I had, so I changed putters and made some good up and downs.”

Sixty-two players made the 36-hole cut at 156, 14-over par, after 119 golfers began the tournament on Tuesday. Thursday’s final round will begin at 8 a.m., with the lead group starting play at 9:30, from the first tee.

Two other local golfers played in the event, but failed to make the 36-hole cut — Jim Christy of China Grove and Jay Stevens of Salisbury.