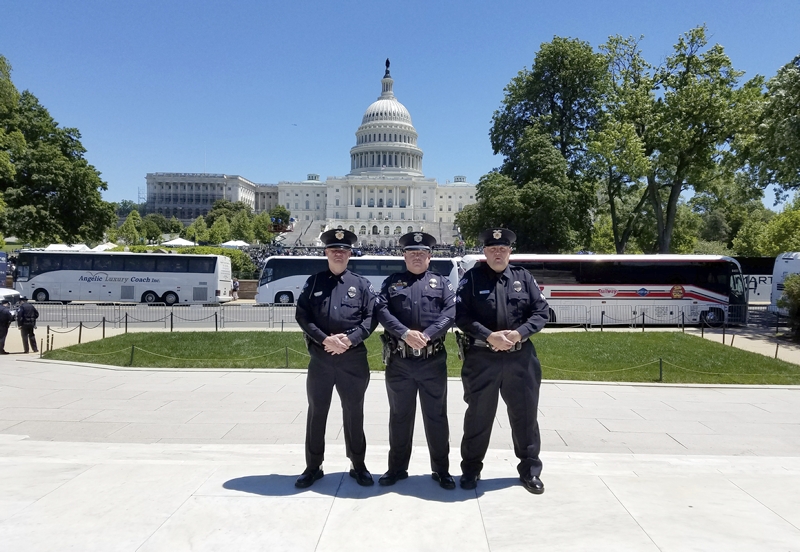 Salisbury Police officers Joe Miller, left, Chris Schenk, and Shane Karriker went to the Peace Officers Memorial in Washington, D.C. The event is designed to honor the officers who died in the line of duty. This week is National Police Week. Rowan County will have its own ceremony on Thursday. Submitted photo

SALISBURY — It was only a month ago that North Carolina lost a law enforcement officer in the line of duty.

On Thursday, family, friends and fellow law enforcement officers will gather to remember those officers across the state and locally who died while protecting the public.

This year marks the return of the Rowan County Peace Officers Memorial Service, to be held at noon Thursday at First Presbyterian Church. The service was on hiatus for a couple of years. It will honor not only those who died in the line of duty but those who have died following retirement.

The most recent line-of-duty death to affect Rowan County residents was that of Forsyth County Sheriff’s Deputy John Thomas Isenhour, who died in September after he was injured in a wreck. Isenhour, who was a Rowan County native, was struck by a car while patrolling during a bike race.