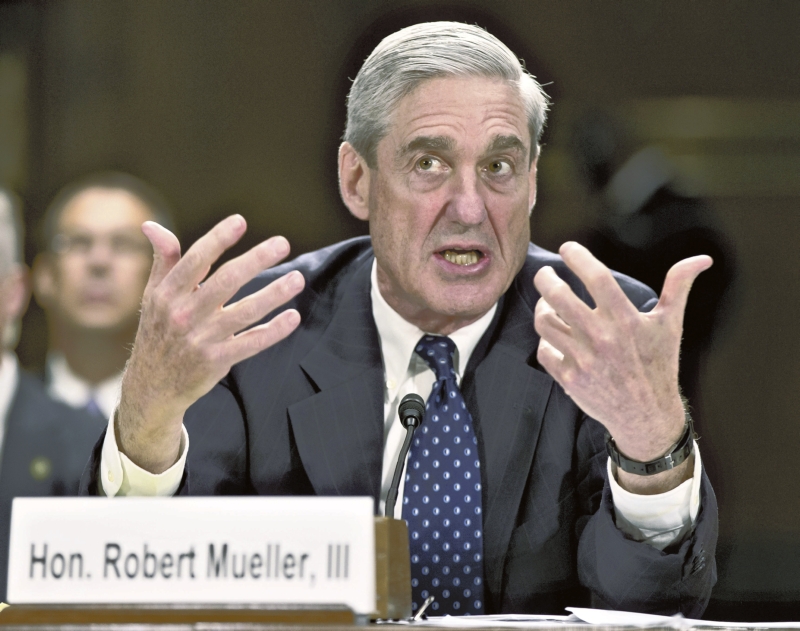 Laurels to the appointment of a special counsel to investigate possible collusion between President Trump’s campaign and the Russians. This is good news for Trump and his critics. The Justice Department chose a person whose integrity and impartiality are widely respected, former FBI Director Robert Mueller. Republicans and Democrats agree that Mueller is the right person for the job. Mueller won’t be the only person investigating the president. Even as he hailed Mueller’s choice, Senate Intelligence Committee Chairman Richard Burr, R-N.C., said his panel’s task — looking at Russian meddling — hasn’t changed. “By having someone like Bob Mueller head the investigation assures the American people that there’s no undue influence, be it here or be it at the other end of Pennsylvania Avenue or within the Justice Department or FBI,” Burr said. In the end, Mueller will not be able to please everyone, but he’s starting with bipartisan support. People on both sides of the aisle want to know the truth.

Dart to the abuse of campaign funds by former state Sen. Fletcher Hartsell. After a lifetime of public service, including over two decades in the legislature, the Concord Republican has seen his hard-earned reputation evaporate because he misused some $200,000 in campaign donations for vacations, speeding tickets, haircuts and other items. Hartsell was a leading voice in the legislature, even when Democrats held the majority. But he evidently played fast and loose with campaign finance and tax laws. It’s disappointing to realize someone who enjoyed public respect would exploit the system and then make the excuse that he was trying to do too much by being his own campaign treasurer. Eight months in prison won’t change anything Hartsell has done, but it should convince other elected officials to meticulously follow campaign finance laws.

Laurels to the next step forward for the Empire Hotel in downtown Salisbury. The City Council has instructed a consulting firm to begin contract negotiations with Historic Preservation Partners, which has expressed interest in redeveloping this major South Main Street structure. A purchase agreement entered into last year is expected to be finalized this August. It’s hard to get a read on how certain this project is, but any discussion is better than silence. This fine old structure, built in the 1850s, has sat idle too long. The Empire deserves to shine again.

Editorial: Get serious about opioids