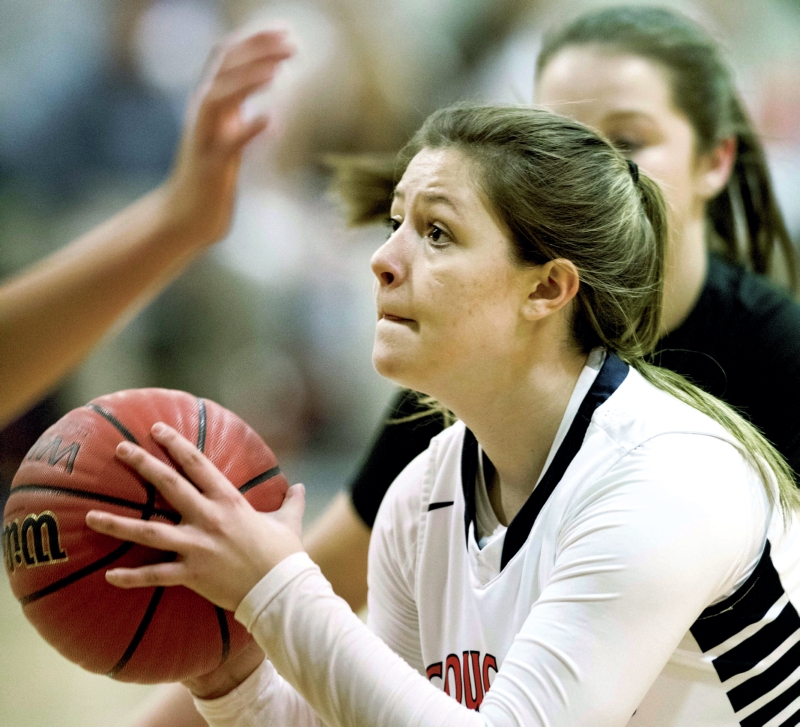 Jackson has come all the way back physically and made things official with Pfeiffer University’s basketball program last week. A tenacious girl who can shoot, she may make a lot of 3-pointers for the Falcons, who will be moving down from Division II to Division III competition.

“You want to find that school where you’re celebrated, not tolerated,” Jackson said. “The Pfeiffer community and the school made me feel like that’s where I belonged.”

Jackson starred in middle school for the Erwin Eagles, but she was mostly a jayvee for Carson as a freshman and sophomore.

“Late in her sophomore year is when her mentality started changing and she got focused,” Carson coach Brooke Misenheimer said. “She got more serious about basketball. She started understanding that if she wanted to play college basketball it was going to take a lot of work outside of practice.”

Jackson put in the time and work was starting to become an impact player her junior season. She scored in double figures in back-to-back December games, but then she blew out a knee in the Christmas tournament at Catawba College.

“Championship game against North Rowan, with just two minutes left in the game,” said Jackson, wincing at the memory.

While Jackson’s 2015-16 season as a player was over, she became another assistant coach on the Carson bench.

“I learned so much about basketball that season,” Jackson said. “It hurt to watch from the bench, but I was able to look inside the game more. I saw there were a lot of different sides to basketball.”

Jackson’s ACL surgery was delayed until March, but she was cleared to return to basketball activities on August 15, three months before her senior season started.

“My first game back as a senior (against A.L. Brown),  I was the most scared I’ve ever been,” Jackson said. “But my teammates were great. They helped me through it.”

In that first game back, Jackson made five fourth-quarter free throws and helped Carson hold off the Wonders.

The last thing a player recovers after ACL surgery is lateral quickness. Jackson had some defensive challenges ahead of her, but her teammates helped her — and she helped them with her offense.

“As a senior, Destiny showed a ton of leadership,” Misenheimer said. “An ACL is a very difficult injury to come back from, but Destiny was always talking, always played with enthusiasm. She’s a team player above all, so her teammates love her and respect her.”

Jackson helped Carson win 21 games in 2016-17.  Returning to the Catawba floor where she’d been injured as a junior, she made a crucial shot in the semifinals to help Carson return to the championship game. She led the Cougars for the season with 34 3-pointers and was Honorable Mention All-Rowan County. She made four 3-pointers in a 15-point effort that beat West Rowan and she made four more to decide a South Piedmont Conference victory against Robinson. She made three 3s against Ashbrook in the playoff loss that finally ended Carson’s season.

“We’re all thrilled Destiny has the chance to play in college,” Misenheimer said. “We’ve had only a handful of girls go on to the next level in my 11 seasons.”

Statistics indicate that only one in 16 female high school basketball players ever competes collegiately, so Jackson plans to beat more long odds.

“The ACL, I know it hurt me some because that junior year is a big one as far as recruiting,” Jackson said. “But that injury also made me grow as a basketball player and as a person.”

Jackson plans to major in criminal justice at Pfeiffer. Her career goal is to become a homicide detective.