Remembering a mom who always put others first 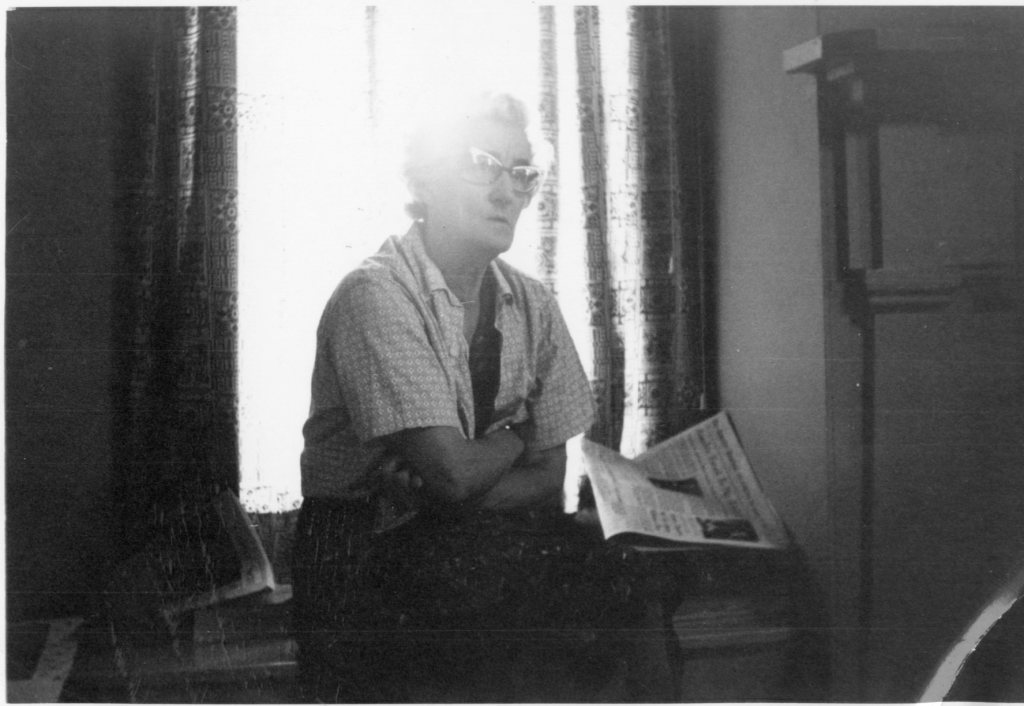 Sybil Bradway sits on a window box in her Kentucky home, sun shining through the window. Submitted photo

Mom was left with five small children when her first husband, who was a county jailer in Kentucky, was mistakenly killed by a deputy sheriff. She finished out the last three years of his term as jailer while raising four children and losing a fifth one.

When World War II started, Mom went to the city to work in an aircraft factory.

When I was young, Mom would put her do rag on her head to keep the tobacco gum off and help me top or sucker or spray our little tobacco patch.

Mom spoke to the post office, and any time they had boxes of baby chickens that they couldn’t deliver, she would buy them. She would raise them up and there would be a chicken processing day. Mom could kill, pluck, cut up and pack 50 chickens into the freezer in just a little while.

Mom worked our garden almost totally by herself. She had corn, beans, potatoes, onions, radishes, beets, cucumbers and tomatoes. Some of these vegetables had to last all winter, up until the next garden started producing. This usually worked out about right except for two years.

One year, at the time when most things were ready to be picked, Mom looked out at daylight, and there stood 20 or 30 of our neighbor’s cows where our garden had been the evening before. That hurt. Mom went into the bathroom for quite a while. She didn’t want anyone to see her cry, but I knew that’s what was going on. That year she took a job at the tobacco redryer, where she worked from 6 at night until 6 in the morning in very cold conditions so she could buy what we needed. She then took a job working 12 hours a week for 25 cents an hour. She had to learn to type to keep that job, but I don’t think she ever got very good at it.

The other time was when three of our relatives who didn’t have any place to stay and anything to eat came and spent the winter with us. They were grown men and ate plenty. We ran out of food by the end of the winter. We ate mush with cracklings mixed in and beets. When the cracklings and beets ran out, we had mush with beet juice on it for a while. About that time, Mom mentioned that there would soon be quite a bit of work to be done around the place. They left.

That was about the time the man from welfare came and left some commodities with my Dad and said they could get more each month. Mom told Dad to tell him to never bring any more food for us. That was for the poor, and we weren’t poor.

Mom hoarded food for special occasions when part or all the family might come from the city and visit. This allowed Mom to fix a big mean for them. She loved doing that. If she had a large group of family or even work hands for a meal, Mom would never eat or rarely sit down until everyone else had eaten their fill and left the table. Others would try to get her to come and sit down. Her reply was that she had something in the oven and wanted to watch it. She would tell that she had been eating all morning while she was cooking.

That was not true. Mom would not take one bite that she thought someone else might eat. I’ve seen people eat three or four biscuits and then, after everyone had stopped eating, they would say, “If nobody’s going to eat this last biscuit, I will.” That would have been Mom’s biscuit. Mom would encourage them by saying, “Eat up.” Mom thought others’ wants should go before her needs.

Mom could fry up some pork meat, cook eggs, make a dozen scratch biscuits and brew a pot of coffee for breakfast in just a few minutes. Even though we never had an alarm clock, Mom had breakfast ready at the same time every morning.

Mom and I would put on all the clothes we could and go to church in our surplus Army Jeep with its torn rag top and no heater, even when the temperature was below zero.

On Feb. 11, 1967, it ended, a month and a day after my dad died. It was a cold day, and Mom had washed clothes and was hanging them out to dry. She came in the house to rest. Mom had been revived by a doctor a few months earlier but never mentioned it.

It’ll be wonderful to see Mom sit down at God’s table like everyone else.