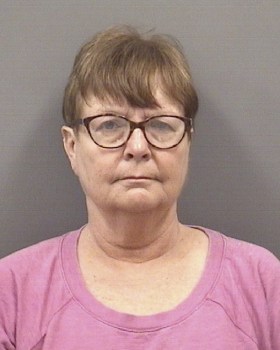 SALISBURY — Rowan County authorities say local animal advocate Barbara Hart “intentionally deprived a number of dogs and cats in her care of necessary sustenance,” which resulted in some of the animals’ deaths, arrest warrants say.

Rowan deputies arrested Hart on Friday morning and brought her to the Rowan County Magistrate’s Office, where warrants for animal cruelty were served. She was issued a $1,500 secured bond.

Hart did not comment. She covered her face going inside the magistrate’s office and when she left the office.

Animal Control had received a number of complaints from neighbors about the conditions in which the animals were living. Neighbors said they could smell a strong odor coming from the Lincolnton Road house and could see feces piled up in the backyard that had not been cleaned up for years.

Officials said Hart was keeping malnourished and overweight dogs and had some dead cats on the property. The animals had no food or water. Animal Control had been on the property previously and seen a dog with matted fur. According to a report, Hart had the dog groomed after the officer notified her. The Animal Control officer said the only water he saw was dirty water in a kiddie pool.

There were some fenced-in areas and a garage in the back of the property. The garage contained several empty animal cages but no food, Rowan County sheriff’s officials said. There was no fresh water in any bowl or bucket found in the backyard that the dogs had access to, and the backyard appeared to be covered with animal feces, warrants said.

Officials said in a statement there was feces throughout the house that was several inches thick in some places and prevented room doors from opening completely. After a short time, Animal Control officers found three dead and decaying cats behind a couch in the living room. A cat skull was found under a bed.

Hart has been among the most vocal and engaged animal advocates in Rowan County. The county animal shelter named a room in the cat wing for Hart. In 2015, Hart was appointed to a task force to suggest improvements at the animal shelter.

Salisbury City Code Enforcement inspected the property with Hart’s consent and found housing code issues. The city has not determined whether the house is habitable. City officials said there is an enforcement process that involves a hearing before a determination is made based on minimum housing standards.

Hart is scheduled for a June 12 court appearance. 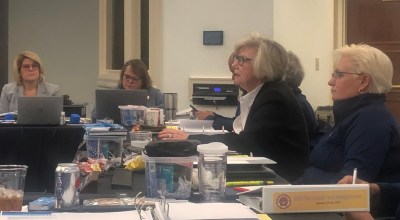