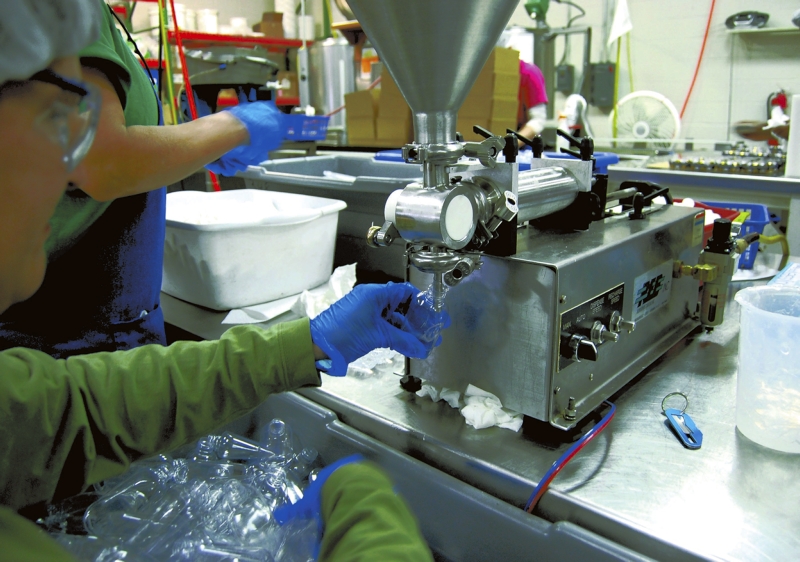 ROCKWELL — Owners of a manufacturing company in southeastern Rowan County say a planned multimillion-dollar expansion could begin within two weeks.

Rockwell-based FillTech USA, owned by Dennis and Cookie Jones, said the company will soon hold a groundbreaking for construction of a 40,000-square-foot manufacturing plant. The expansion is projected to create about 20 jobs in Rockwell. The Joneses said the expansion represents a $3.7 million investment

FillTech USA on Wednesday submitted building plans to the Rowan County Building Inspections Office. The plans are under review, but FillTech aims to build the manufacturing facility at Palmer Road and Industrial Avenue.

Dennis Jones said he and his wife are excited about the expansion for a number of reasons. The most exciting thing about running a business is seeing people’s lives changed, he said.

“For us, opening and building a business has always been about investing in the lives of people,” he said.

Once complete, the expansion will take FillTech from about 40 employees to about 60, Jones said. The new jobs should be filled within 18 months, he said.

When the Joneses purchased FillTech USA in 2008, the company had 12 employees in a single building. The company now occupies multiple buildings in Rockwell. The expansion would allow for consolidation.

Jones said “it’s been a pleasure” to work with the town of Rockwell. Town officials echo that sentiment about the company.

“I’ve been up there, toured the plants and met the people that work there, and I think the world of the owners,” said Rockwell Mayor Beau Taylor. “This is going to be a big plus for the town of Rockwell. It will add to the town and help our revenue.”

The expansion should be complete within 10 months to one year, said Jones.

People hired for the new jobs will work in a variety of new positions, Cookie Jones said.

Dennis Jones said some of FillTech’s clients started out small but have grown substantially, which has been a factor in FillTech’s growth.

As part of its expansion, FillTech will receive tax incentives over a three-year period. The total amount of reimbursed taxes will be $19,875 per year of the total $26,500 in new tax revenue. The Rowan County Commissioners approved the incentives deal in September.

Commissioners Chairman Greg Edds said the board was honored that FillTech chose to expand locally.

“This decision will not only improve FillTech’s operational capacity, but it will provide new job opportunities for our community, and for that we are very thankful,” Edds said.