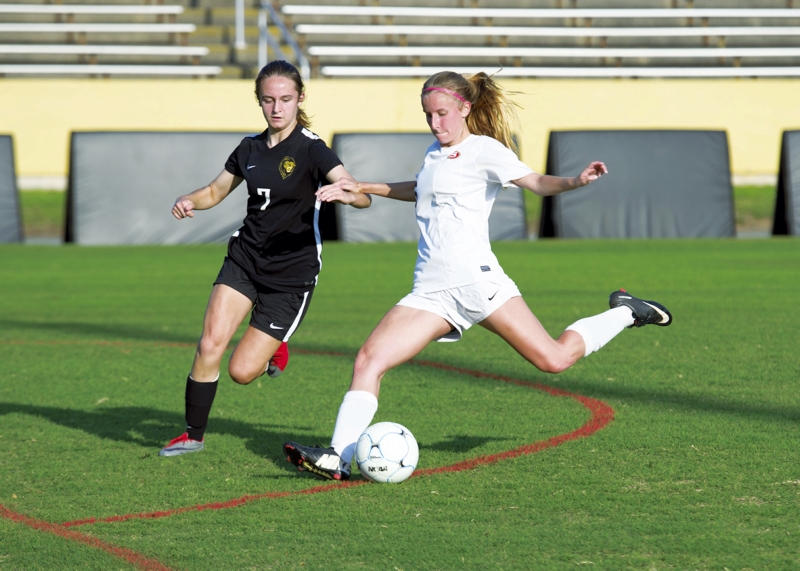 Staff report
Salisbury’s girls soccer team advanced to the second round of the NCHSAA playoffs by defeating the 30th-seeded Shelby Golden Lions, 5-0, on Monday night at Ludwig Stadium.

Third-seeded Salisbury (17-1-2) scored 15 minutes into the match when Ceci Cardelle found a streaking Julia Honeycutt 23 yards from the goal. Honeycutt beat a defender and launched a ball top shelf and into the back of the net.

Salisbury played half of the first frame without Cardelle who was banged up on a 50/50 ball and forced to visit the trainer.

The second half saw Cardelle return and find the back of net on an assist from junior Emily Mann 16 minutes into the second half.

“The third goal took the wind away from Shelby,” Salisbury coach Matt Parrsh said. “The Lions fought valiantly but seemed to struggle a bit with the heat.”

The final goal was scored by defender Ellen Simons on a corner kick taken by Anna Grace Woolly.

“Stauffer has been outstanding over the past dozen games and shined again tonight,” Parrish said.  “Dagenhart mirrored Bethanie’s play on the opposite edge tonight for a complete defensive effort.”
Next up for the Hornets is familiar foe CATA, the No. 18 seed, which defeated Charles D. Owen 5-0, in the first round.

Game date and time have yet to be determined, but a higher probability of rain on Friday could be the determining factor.