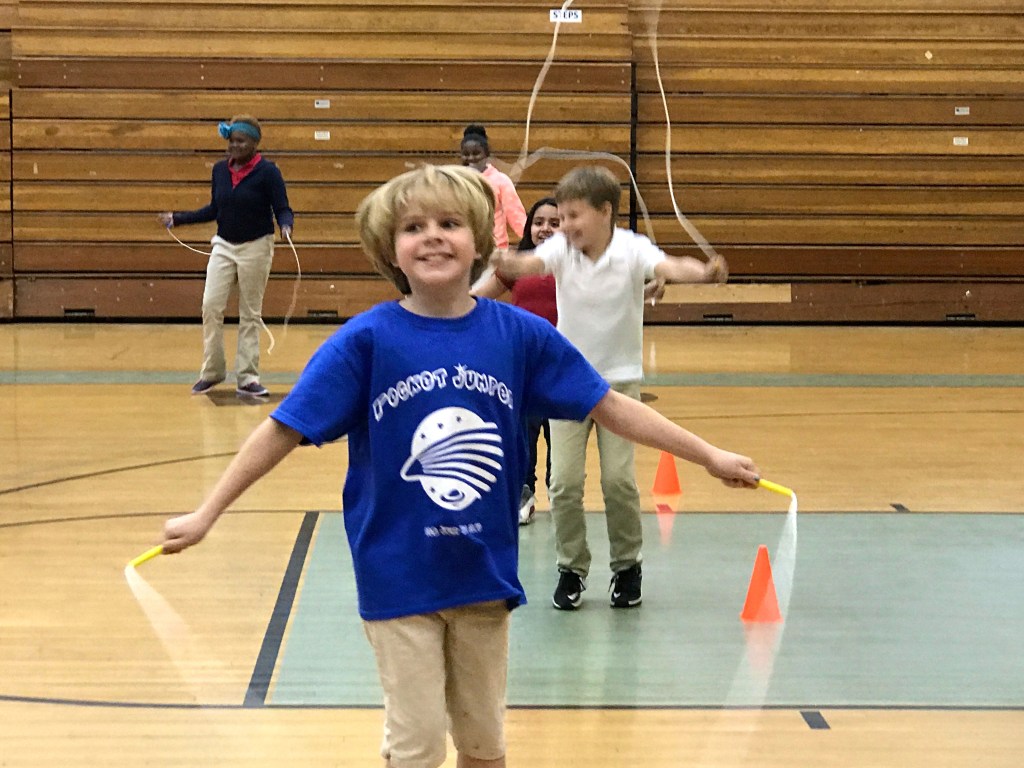 The third-, fourth- and fifth-grade students showcased the short rope, long rope and double-dutch skills they had practiced during the weekly club meetings since the after-school club began in January. Head Coach Rosemary Wood told the audience of Overton families and Livingstone College staff and students how grateful she was for the support of Jaime Kent, Livingstone College’s athletic trainer.

Kent organized student athletes to help with the Jump Rope Club’s goals of physical, social and character development. Wood noted the positive impact the college students made on the elementary-age jumpers by sharing their athletic expertise and connecting socially during practices.

Remarking that much of this first season focused on building basic jumping skills, Wood announced that Livingstone and Overton will continue their collaborative effort next year.

The club, which is volunteer-led and free to families, is limited to 30 students and has had a waiting list all season. Plans are to begin the club earlier next year and have practices throughout the entire school year. Wood hopes to focus more on developing her jumpers’ speed and double-dutch skills.

“This year we are calling our event a demonstration,” Wood said, “Next year we will have a performance.”