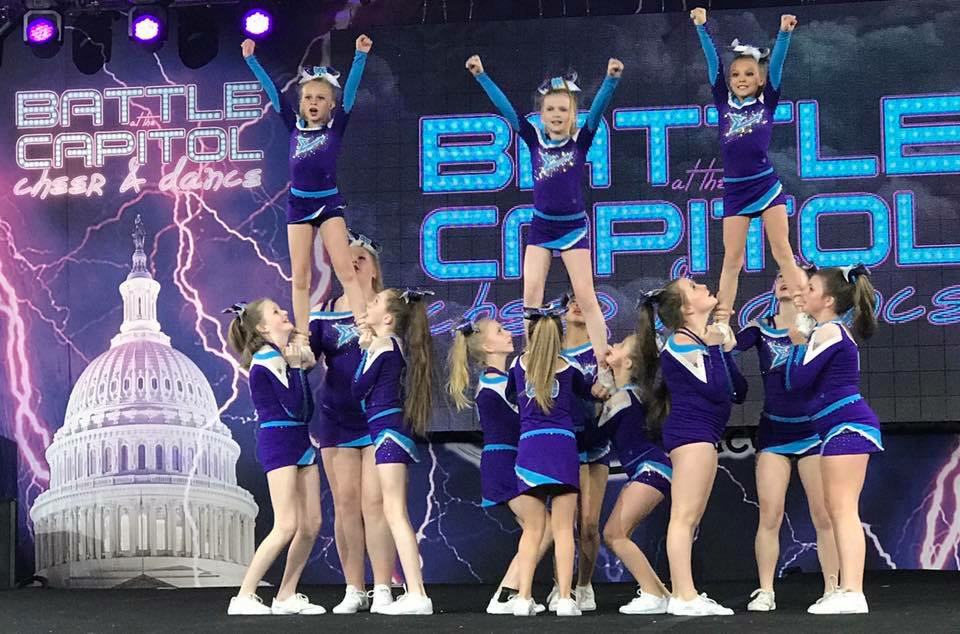 Elevation Cheer Company, a local cheer group, will be competing in a national competition in May. Submitted photo.

SALISBURY — Teams from Elevation Cheer Co., a local cheerleading training facility, have been selected to compete at one of the nation’s most prestigious cheerleading competitions for small gyms, the D2 Summit, produced by Varsity All Star.

Held at Walt Disney World Resort’s ESPN Wide World of Sports on May 13-14, the D2 Summit is the season-capping goal for many competitive all-star teams. Gyms that compete in Division 2 train only 125 athletes or fewer annually, modeled on Division II universities that tend to have fewer students than Division I schools. The 2016 D2 Summit showcased nearly 500 teams from across the United States. This year, the summit will host 800 teams with nearly 16,000 competitors.

“Teams competing at the D2 Summit must receive a bid at a prior competition to be eligible to participate,” said Brian Elza, co-general manager and vice president of sales for Varsity All Star.  “That’s what makes the D2 Summit so rewarding for the competitors. If they don’t climb their way to the top throughout their season, they won’t make it to the summit.”

Lauren Dendy, co-owner and coach at Elevation Cheer, said, “We find it such a privilege to have received a bid to compete at one of the most prestigious events of the season alongside some of the best teams in the country. Our athletes, families and staff are really looking forward to this event and making memories that will last a lifetime.”

“We are excited to go back again this season with all of our teams and for every age-eligible athlete in our program to be able to have the opportunity to compete with the best of the best,” says Sara Biles, co-owner and coach at Elevation.

All-star cheerleading is a discipline open to all ages and skill levels.

Elevation Cheer fans can watch the May 13-14 D2 Summit by live-stream on Varsity TV at Varsity.com.