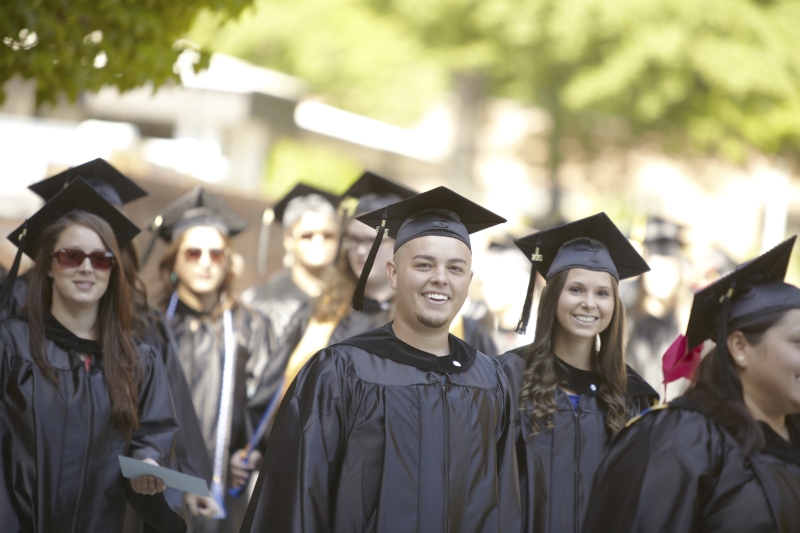 Students, families and friends of Davidson County Community College will celebrate the class of 2017 during the college’s 54th commencement at 10 a.m. Saturday on campus.

This year, 1,118 students completed academic requirements, making them eligible to graduate. The college will award 1,681 credentials including 685 associate degrees, 198 diplomas and 798 certificates.

“Commencement is always an exciting time of reflection and celebration,” says President Mary Rittling. “We are honored to be a part of each student’s journey. Our students not only excel academically but have meaningful experiences at DCCC that produce rich personal and professional growth.”

For the first time, the college has invited two alumni, Dennis Shane Miller and Ricsy Sanchez, to serve as commencement speakers. Both Miller and Sanchez are advocates for the college and the value of the education it offers.

Miller is a Davidson County native who  received both an associate degree in general education and an associate degree in applied science in paralegal technology at DCCC in 2012. While attending DCCC, Miller traveled to Washington with college trustees to their national conference and spent time advocating on behalf of the college and community colleges nationwide.

Miller’s experience at the school led him to Ashford University, where he earned his bachelor of arts in political science and government. He acquired his master of arts in diplomacy and foreign policy with a focus on nuclear policy from City University of London.

A native of Honduras, Sanchez came to the United States when she was 11. At that time, she spoke no English.

Sanchez graduated from DCCC with an associate in science degree in 2013 and an associate in general education degree in 2014. She was secretary of the Student Government Association, president of the Hispanic Culture Club and an active member of Phi Theta Kappa Honor Society.

“Despite my circumstances and all I went through as a child, I graduated. DCCC welcomed me and gave me so many opportunities,” says Sanchez.

The college experience that Sanchez received helped her to overcome a fear of public speaking. While completing her degree, she was invited to present at Achieving the Dream, a national higher education conference. The conference allowed her to share insights about her story that included the obstacles she faced early in her life and how she overcame those challenges to make her way to the United States and Davidson college.

Sanchez is an administrative assistant working with IRS audits and plans to become an enrolled agent representing others before the IRS.