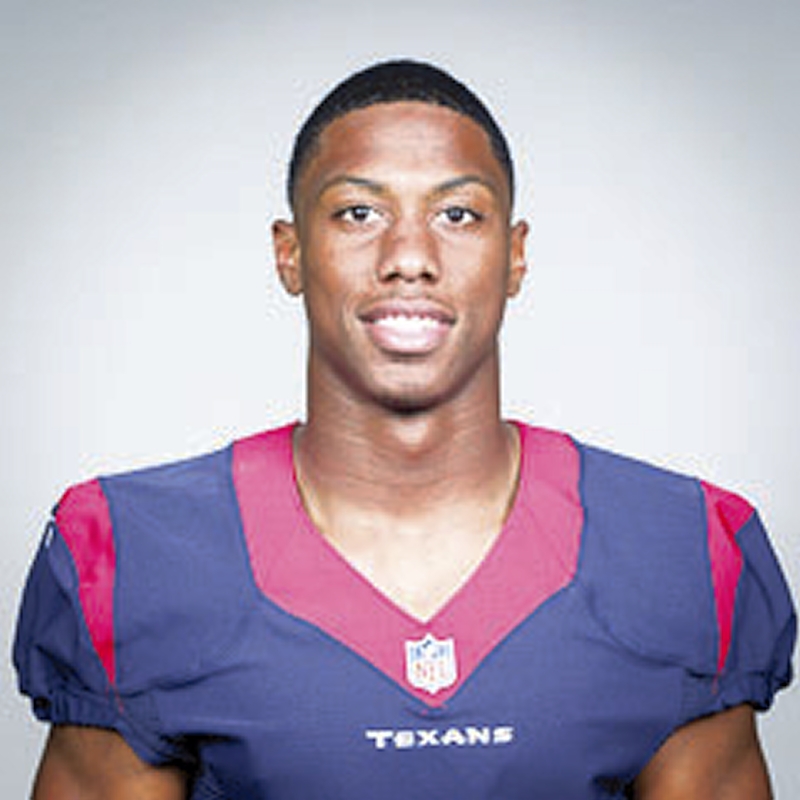 AP Photo Jumal Rolle in 2015 as a member of the Houston Texans.

Rolle, who was an outstanding player Beddingfield High School in Wilson and at Catawba College, has played in 19 NFL games since entering the league as an undrafted free agent with the Buffalo Bills in 2013.

He missed all of last season with a torn Achilles tendon.

Rolle played in 10 games with Houston in 2014, when he got the only three interceptions of his career. He appeared in nine games in 2015, eight with Houston and one with Baltimore.

Rolle saw action close to home in September 2015, when the Texans played in Charlotte against the Carolina Panthers.

Rolle was in on 15 special teams plays during Houston’s 24-17 loss to Carolina.