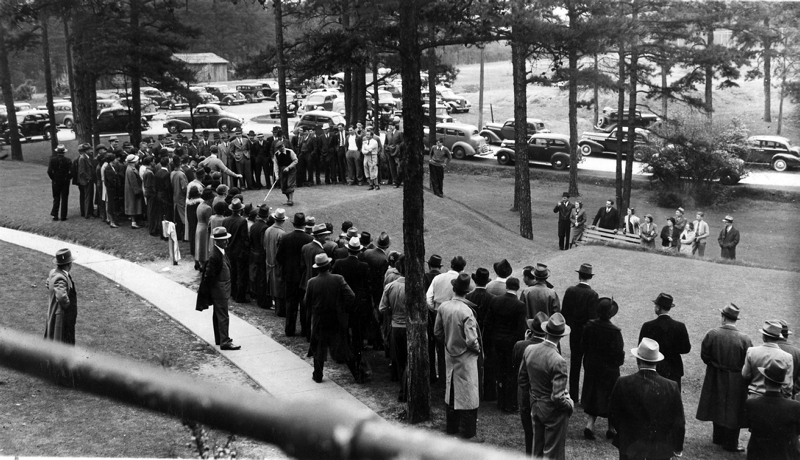 This Salisbury Post file photo from March 29, 1938, shows Gene Sarazen lining up his tee shot on the first tee at the Country Club of Salisbury, when it was a nine-hole layout. After his round, in which he shot a par 35, Sarazen deemed the Salisbury club as having the best nine-hole course in the South. He added that its greens were the best he had putted anywhere. Sarazen played his round with Mike Thomas, an old pro and amateur partner of his from Miami, Fla. They squared off against club president Bryce Beard and club vice president Ernest H. Woodson, each of whom shot a 41. Thomas had a 39 and another pro, Jimmie Hines of Long Island, N.Y., carded a 37 that day. Sarazen stood only 5 feet 5 inches tall, but he had 39 tour victories, including seven major championships. He won each of the four majors to have a career grand slam. Known as “The Squire,” Sarazen died May 13, 1999 at age 97.