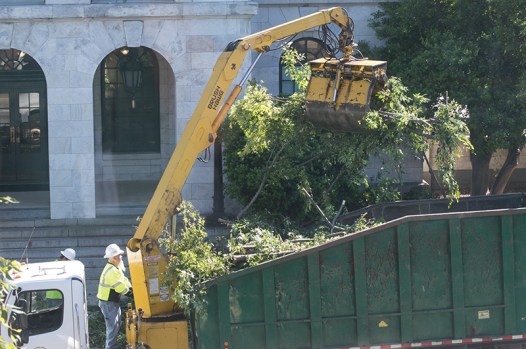 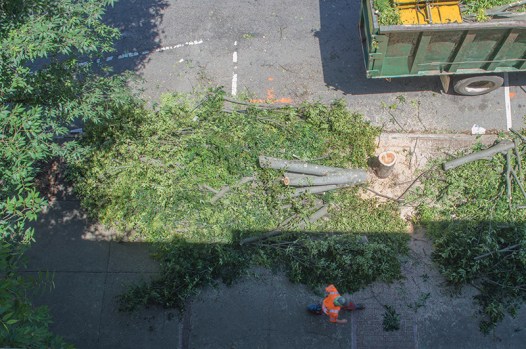 Josh Bergeron / Salisbury Post - City workers cut down trees on the 100 block of West Innes Street as part of a sidewalk replacement project that could take up to 12 weeks to complete. 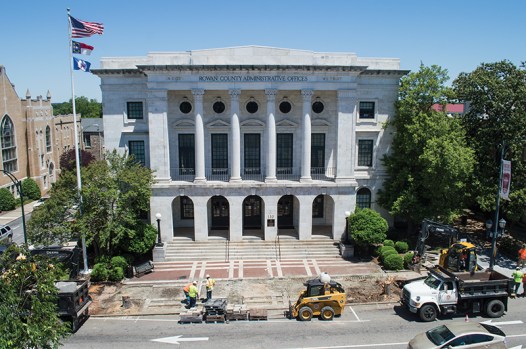 Josh Bergeron / Salisbury Post - City crews on Monday removed trees in from of the county administration building as part of sidewalk renovation work in downtown Salisbury.

In preparation for the sidewalk work, city crews removed trees on both sides of the 100 block of West Innes Street.

Trees won’t be replanted until the fall, the city said. The city’s Tree Board selected a replacement species from a local nursery. The city said the trees cannot be replanted immediately after the sidewalk improvements because of weather conditions.

Sidewalk repairs are needed because those in the 100 block of West Innes Street have deteriorated, the city said in an emailed statement. The sidewalks in that block are not cohesive with those in other areas of downtown, the city said.

City workers and contractors will replace the concrete sidewalks with a mix of concrete and brick pavers.

“Every effort will be made to ensure businesses are impacted as least as possible,” the city said.