‘Lincoln in the Bardo’ an unforgettable novel 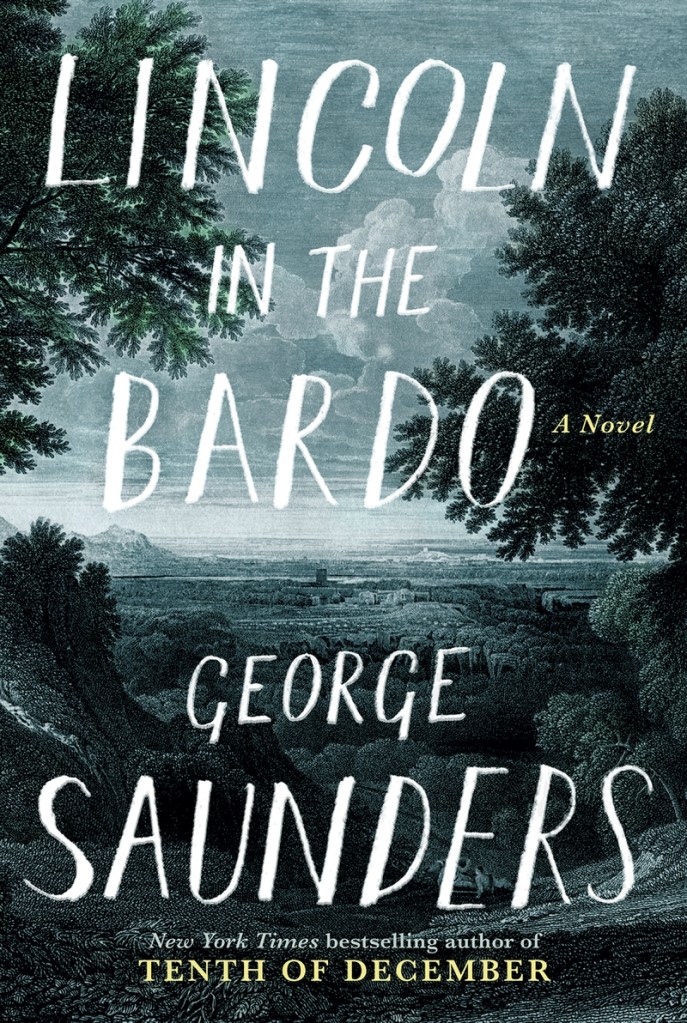 The end of “Lincoln in the Bardo” will leave you slightly breathless, as if the air has been squeezed out of you.

At the same instant, a strange euphoria arises, because you know you have read one of the most incredible novels in contemporary literature.

And if you’re a reviewer, you may think, “I am not worthy” to write about this.

“Lincoln in the Bardo” is an experience, its unusual construction at once a challenge. Don’t be daunted — keep reading, find the flow of the action, because it’s as strong as a gale at sea, yet as dark and tentative as a crawl through a cave.

First, the bardo is a Tibetan Buddhist concept, something like purgatory or limbo. It’s a place you wait, living an extended life after death, neither heaven nor hell. Your sins on earth change your appearance. Roger Bevins III, (or, as it appears in the book, roger bevins iii) one of the narrators, is a collection of eyes and hands. Hans Vollman, another narrator, has a grossly enlarged body part that makes moving difficult, and tends to amaze new entrants to the bardo.

The Lincoln in question is Willie, Abraham Lincoln’s 11-year-old son, whose death sends poor Mary Todd Lincoln further into madness. Abraham himself cannot bear to leave his son in that cold, white tomb.

History recorded his visits, where he sat vigil at Willie’s coffin.

Using historic accounts to describe the times and Lincoln’s suffering, Saunders crafts a mix of history and wild imagination, drawing from some of our deepest fears, laughing at those same fears, making fun of the foibles of mankind.

Despite the overall darkness, there are moments of great humor, especially as the narrators, Bevins, Vollman and Rev. Everly Thomas encounter fellow … what, travelers? sojourners? denizens? and describe them.

Funniest, oddly, is a profanity spewing couple who died together when a cart runs over them as they lie drunk on the road. They curse their fate, curse their children, curse all they knew or have since met, still longing for a drink and ready for a good fight.

Three bachelors hover above, dropping a rain of hats on those below, depending on their moods. Bowlers, top hats, boaters.

One woman, who has become so tiny she now collects bits of eggshells and twigs to make up for what she lost in life, is often a victim of pranks.

They exist in something like a cemetery, with an iron fence and mausoleums, tombstones, graves, and trees, flowers, birds. Yet they are invisible to living beings like Abraham Lincoln.

Dark forces are a constant threat. Bevins, Vollman and Thomas know what fate awaits them. Everly has been to a glowing white hall with ranks of angels for escorts and a stern questioner behind a desk. Realizing, for reasons he can never fathom, that he will not be taken up by the angels, he barely escapes before the blinding “firesound/matterlightblooming” explodes with sweet smells and bright colors and all things wonderful — a distraction to which many succumb on their way to a hinted-at hell.

They are determined to save Willie from that fate or a worse one, as what happened to Miss Traynor, another child come to the Bardo. She was overtaken by a carapace of dead souls that distorted her form into hideous manifestations.

“… She took on the form of a girl-sized crow.

“Cawing out a nightmarish version of that tune.

“Flailing at us whenever we drew too near, with one human arm and that tremendous black wing.

“We had not done enough.

“Being rather newly arrived back then.

“And much preoccupied with the challenges of staying.

“Which were not inconsiderable.

You see then that Saunders tells the story in a form reminiscent of a Greek chorus in an ancient tragedy.

Each actor speaking his part.

Driving the story on.

As they skim-walk through their bardo state.

Saunders goes further out of the norm as he cites the historic accounts, some real, some invented, of this time in Abraham Lincoln’s life.

“The cheeks of his handsome round face were inflamed with fever. His feet moved restlessly beneath the maroon coverlet.

“The terror and consternations of the Presidential couple may be imagined by anyone who has ever loved a child, and suffered that dread intimation common to all parents, that Fate may not hold that life in as high a regard, and may dispose of it at will.

Together, he creates a pace and a tone that is engrossing, that asks a lot of the reader and rewards with moments of sheer pleasure at the construction, the emotion, the coruscant imagination.

You must not expect logic, nor science here; no timeline, no sequence. This novel is an experience of inhaling a new, strange air. Saunders keeps the pace at such a level the reader can imagine the run-skim, feel it even, as he or she reads voraciously, afraid of what might happen and afraid for it to end.

Bevins, Vollman and Thomas know Willie should not be there. What keeps him? When they see his father, they know, and they know they must convince both father and son to go to where they belong, Abraham back to his hard life during the Civil War, Willie to a place of innocence and freedom from pain.

Willie doesn’t understand; nor does his father, and it takes the effort of all three, plus many more, to try to get the message across — if they can. You see, the dead really can’t talk to the living.

But we can enter their world, eavesdrop, worry, feel sorrow and wonder.

David Freeze: Another month of work for Brooke and…