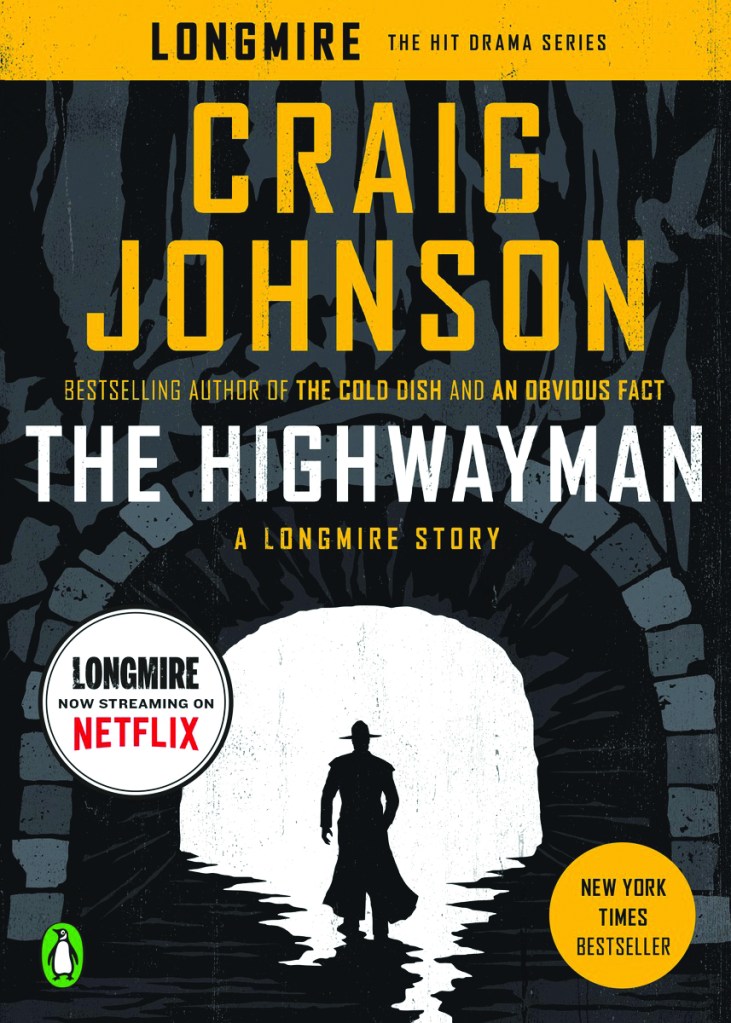 WINSTON-SALEM, N.C. (April 26, 2017) – Bookmarks is presenting “A Longmire Murder Mystery” featuring Craig Johnson, the New York Times bestselling author of the Walt Longmire series. The event will be held on Friday, May 19, at 6 p.m. in the Horton Meadow at 924 S. Main Street in Old Salem. Attendees should park at the Old Salem Visitor Center at 900 Old Salem Road in Winston-Salem.

The evening will feature a talk and book signing with Johnson, who will discuss his newest book, The Highwayman: A Longmire Story. Dinner and wine will be served during his talk, provided by California Fresh Catering and Raffaldini Vineyards. The interactive Longmire Murder Mystery will feature an original script based on key characters from the Longmire series. Throughout the event, characters will interact with guests, all of whom will be featured as suspects and detectives as the mystery unfolds. Radio personality J. R. Snider will star as Walt Longmire and the master of ceremonies for the evening. The Winston-Salem Journal’s Arts Reporter and Entertainment Editor, Lynn Felder, will also participate.

The event will begin at 6 p.m. with a cocktail hour and a chance to meet key characters and suspects. Johnson will speak during dinner, and the Murder Mystery will follow. The evening will conclude with a book signing. Bookmarks will sell all of Johnson’s titles during the event.

Tickets may be purchased online at Bookmarks’ website: bookmarksnc.org. Individual tickets cost $70 and include a signed paperback copy of The Highwayman, dinner, wine, and participation in the Murder Mystery. There is no assigned seating for individual admission.

Tables of Eight and Sponsored Tables of Eight are also available by contacting Ginger Hendricks, Executive Director, at gh@bookmarksnc.org. A table for eight guests costs $520 and includes dinner, wine, a signed paperback copy of The Highwayman for each guest, and participation in the Murder Mystery. A sponsored table ticket for eight guests costs $750 and includes all of the above along with the sponsored table’s business name/logo in the event program.

Johnson’s Longmire series follows the charismatic and dedicated sheriff Walt Longmire of Wyoming’s Absaroka County and serves as the basis for the hit Netflix original series Longmire, which stars Robert Taylor, Lou Diamond Phillips, and Katee Sackoff. The show has won the National Cowboy and Western Heritage Museum’s Bronze Wrangler for Fictional Television Drama. The sixth and final season ofLongmire will air on Netflix in 2017.

Johnson’s books have won many accolades and awards. Death Without Company, the Wyoming State Historical Association’s Book of the Year, won France’s Le Prix 813. Another Man’s Moccasins was the Western Writers of America’s Spur Award winner and the Mountains & Plains Independent Bookseller’s Book of the Year, and The Dark Horse was a Publishers Weekly Book of the Year. Hell is Empty, selected by Library Journal as the Best Mystery of the Year, was a New York Times bestseller, as was As the Crow Flies, which won the Rocky for the best crime novel typifying the western United States. A Serpent’s Tooth opened as a New York Times bestseller, as did Any Other Name and Wait for Signs.

Bookmarks is a literary arts nonprofit organization that fosters a love of reading and writing in the community. The programming connects readers with authors and books and is achieved through the largest annual book festival in the Carolinas, an Authors in Schools program, which reaches 7,500 students annually, and year-round events in our gathering space and nonprofit independent bookstore opening Summer 2017. Visit www.bookmarksnc.org for more information.

‘Lincoln in the Bardo’ an unforgettable novel