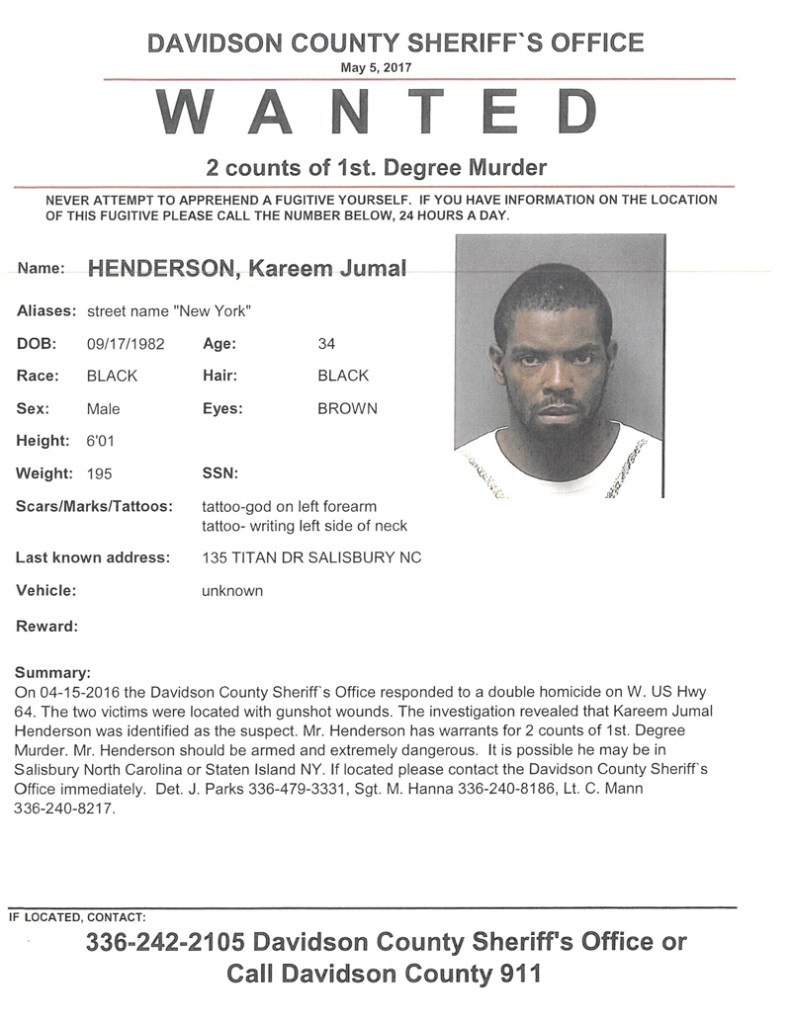 ROWAN COUNTY — The Davidson County Sheriff’s Office is looking for a man believed to be in the Salisbury/Rowan County area and is considered armed and dangerous.

The suspect, Kareem Jumal Henderson, is wanted for first-degree murder involving a double homicide that occurred April 15, 2016, on West U.S. 64 in Davidson County. Henderson, 34, also known by the nickname New York, has a last known address of 135 Titan Drive, Salisbury. Authorities say he may also be in Staten Island, N.Y.

He is 6 feet 1 inch tall and weighs 195 pounds. He has a tattoo of God on his left forearm and a tattoo of writing on the left side of his neck.

Anyone who may come in contact with Henderson is asked to call 911 and do not attempt to approach him.