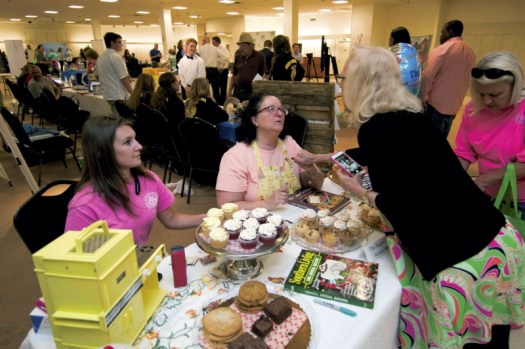 Chasity Young and Jacqui Smith Watson man their booth for their business , The Sugar Fairy Sweet Shop in Spencer. Theirs was one of 62 exhibits at the Rowan County Chamber of Commerce trade show Thursday at West End Plaza. Jon C. Lakey/Salisbury Post 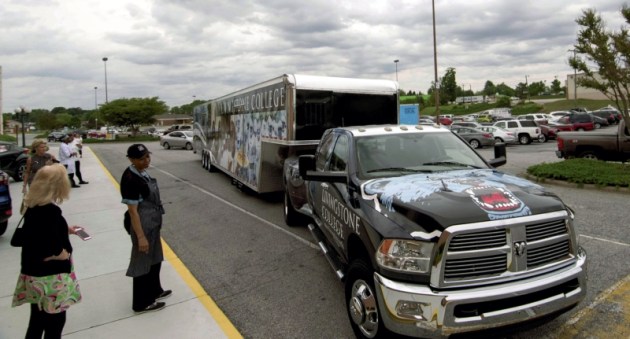 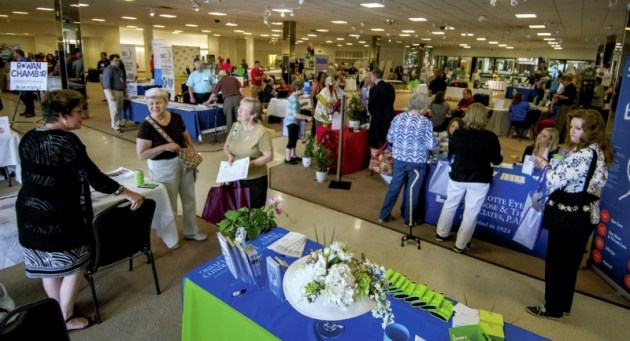 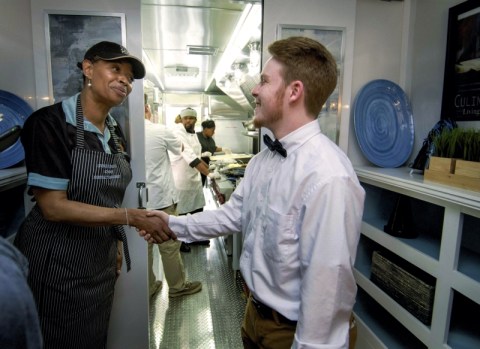 Dr. Vivian Ray, the director of the School of Hospitality Management & Culinary Arts at Livingstone College, speaks to West Rowan High School student Carson Corriher as he was taking a look at the new mobile kitchen. Jon C. Lakey/Salisbury Post 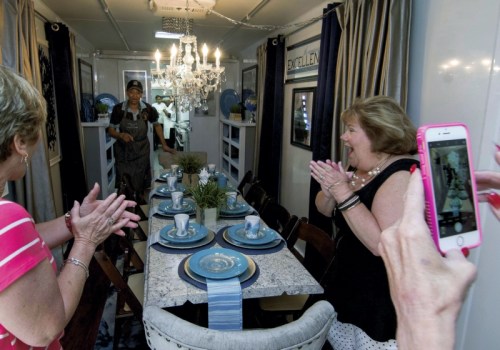 The college on Thursday unveiled a mobile kitchen that will be used to promote its culinary arts and hospitality management programs. The renovated trailer is more than 50 feet long and includes a small sitting area, a dining room table under a chandelier and a full kitchen. Livingstone unveiled the mobile kitchen at the Rowan County Chamber of Commerce’s annual trade show.

Vivian Ray, director of Livingstone’s School of Hospitality Management and Culinary Arts, said the mobile kitchen will be used to recruit students and provide current students with real-world experience.

“It’s expected to go out at least two or three times per week,” Ray said. “(Livingstone President Jimmy) Jenkins said we didn’t spend this money for it to just sit parked, and since we’ve been going out with it so many people have seen us in action and want us to come. We’re gonna be everywhere in Salisbury. They can’t do anything without us now.”

The trade show was one of its first nonschool appearances. The menu required students to shred pork tenderloin, marinate it and make a mango-pineapple salsa, Ray said.

She said the school wants to take the mobile kitchen to private functions, but there’s a requirement that it needs to be a learning experience for students.

“We don’t want to come in and fry some chicken,” Ray said.

The mobile kitchen will also appear at football games, she said. People can get food through a large, rectangular window, or they can eat at a dining table inside.

At the trade show, a group of three students prepared and served food. Alexis Pleasant, a senior, started by preparing desserts. Pleasant said she chose the culinary arts program because she wants to pursue her passion.

“Most people go a regular route,” she said. “They want to be lawyers, teachers and things like that, but that’s not what I want to do. Some people are afraid to do what they actually want to do, and I decided I wanted to go that route. I’m really happy I did decide to go that route.”

“What we’re trying to do is make ourselves stand out, and we are the only HBCU, which is historically black college and university, that actually has a culinary arts program,” she said. “As we continue to stand out, we have to think about what we can do different. … We want to always be one step ahead, and this places ahead of everybody, including some of the other culinary programs.”

Rowan County Chamber of Commerce President Elaine Spalding said she is excited that Livingstone College chose to unveil its mobile kitchen at the trade show, which featured 62 total exhibitors. Last year, there were 54 exhibitors.

In celebration of the county’s “Be an Original” brand, the trade show featured restaurants and caterers who provided samples of their food. 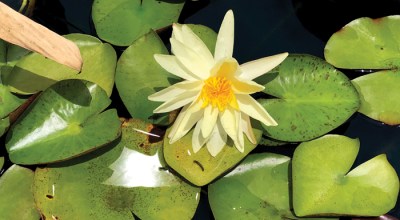